WO: Strip non-taxpayers of bond votes 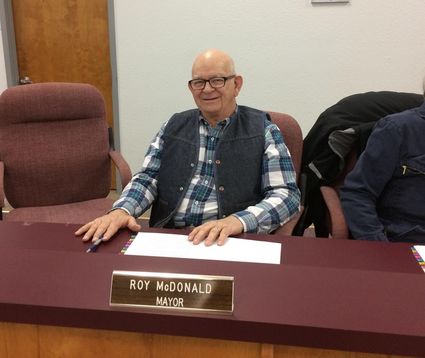 Should someone who doesn’t pay school taxes get a vote on raising other people’s school taxes?

Some people in West Orange don’t think so and their city council agreed with them Tuesday night.

Mayor Roy McDonald suggested the change and council enthusiastically voted in unison on a resolution to seek a change in the Texas Election Code that would prevent voting in school district bond elections by city residents who don’t own property in the school district.

“I second that 12 times,” said councilman Dale Dardeau. “It’s unconstitutional what we’ve had to put up with: people who don’t pay taxes putting taxes on people that do pay.”

“I have had several suggestions from citizens over the years who say every time school-improvement issues come up and there’s a bond election, non-property owners are able to vote and set a tax that doesn’t affect them,” McDonald said.

“I felt the need to take some action, so I got a resolution written up.”

The Texas Election Code says all qualified and registered

In the “whereases” of the resolution by McDonald, it says that over the past 15 years West Orange-Cove school district has passed four bond issues obligating taxpayers to repay $92 million in debt.

That includes a $25.75 million bond WOC residents approved in November, nearly two-thirds of which goes to sports facilities.

The city of West Orange, with a population of about 3,000 and 1,900 registered voters, is partly inside the Bridge City school district boundaries, too.

BCISD last week voted to hold a $46.1 million school bond election in May, much of it to build a new middle school.

“Many of our residents live in subsidized housing or rental housing and do not pay any taxes.”

According to the Orange County Appraisal District, the city of West Orange has only 834 homes getting the homestead exemption, which goes to people’s primary residences.

Getting state legislators to make the change sought by council will take a long while, if at all, the mayor acknowledges.

He expects it will take at least two years, the 2021 session, for the resolution to make it to the Texas Legislature.

“All it is, is a resolution from us and it may not go anywhere,” McDonald said. “If it does, first it will go from us to the Texas Municipal League’s small city advisory committee.

“The chances of getting that far are slim to none, but we’ve had some that got that far.”

In other action Tuesday night, council authorized the mayor to allow the Orange County mosquito plane to fly at low altitudes – below 1,000 feet – to spray for mosquitoes; and approved going after three law enforcement and homeland security grants requiring no match by the city; and a $275,000 CDBG grant requiring a $61,000 buy-in from the city.

Also, council declared February to be “Fair Housing Month” in the city. The next council meeting will be March 11 at 5 p.m.