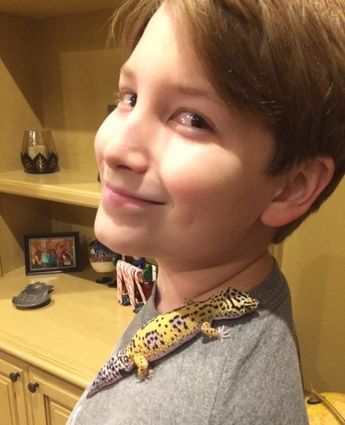 Photo: Nathan Miller, 13, will be returning to the Bridge City with his gecko,Leo. Nathan will read a book about the summer adventures of a boy taking care of the class pet.

The Bridge City Library has exciting events planned for the public of all ages.

With spring right around the corner and as people start working in their yards, it is important to know what kind of dangers may be lurking around too.

The Bridge City Library is hosting an event 6 p.m. Thursday in the library meeting room located at 101 Parkside Drive. A representative from the UTMB Poison Control Center will be there to talk about the various poisonous plants and venomous snakes in Southeast Texas.

"It is open to everyone of all ages," said Kelle Miller, of the Bridge City Library.

Poison ivy, poison oak and poison sumac will be topics of discussion in addition to much more.

Poison Ivy and Poison Oak are very common and mainly grow north of this area, although, there have been some reported cases locally too.

Poison sumac, also known as Toxicodendron, is related to the poison ivies and oaks, but not to other sumacs. It is relatively rare compared to other members of the family. However, the rash causing agent, urushiol, causes the same rashes. Poison sumac is considered rare and is found is warm and wet conditions such as in Southeast Texas.

Each year over 100,000 people in the United States call Poison Control Centers regarding plant and mushroom exposures. Young children, and sometimes pets, often chew and eat anything within reach. There is no easy “test” for knowing poisonous plants from those that are safe to eat. Heating and cooking do not necessarily destroy a plant or mushroom’s toxic parts, according to the Poison Control Center.

Hyacinths and Daffodils are beautiful flowers, but if the bulb is ingested, they cause nausea, vomiting and can be fatal. Oleanders are a very common plant in a lot of households. But, it causes problems such as a deadly heart stimulant, severe stomach upset and death.

The UTMB representative will also be going over others dangers people may see as warmer weather arrives in SETX. Venomous snakes such as water moccasins and copperheads can be a threat to safety too.

Copperhead snakes are some of the more commonly seen as the temperatures climb. They are also the most likely to bite. These snakes get their name from their copper-red heads. Copperheads are pit vipers, like rattlesnakes and water moccasins. Pit vipers have "heat-sensory pits between eye and nostril on each side of head," which are able to detect minute differences in temperatures so that the snakes can accurately strike the source of heat, which is often potential prey.

Other happenings at the Bridge City Library include 13-year-old Nathan Miller who will return to the library with his gecko, Leo, to read another book. Their last trip to the library was such a huge success, they have come back for another fun filled event.

This time, Nathan will be reading "Lily the Leopard Gecko" by Jessica Sterling-Malek. The book tells the story of a young boy's experience taking care of the class pet during the summer break while making learning fun.

Kelle and Nathan Miller are hoping many can come and join in on the fun and meet Leo too.

Still continuing at the library for children 6 to 12 years old is the LEGO reading challenge. An active library card is needed for this challenge. For each book the child reads they are given a LEGO block to add to the reading tower which is set up inside the library. They will also receive a ticket for entry into a drawing of a LEGO set and a LEGO book.

The reading challenge began February 25th and continues through May 2nd. The drawing will be done on May 3rd to celebrate Children's Book Week. 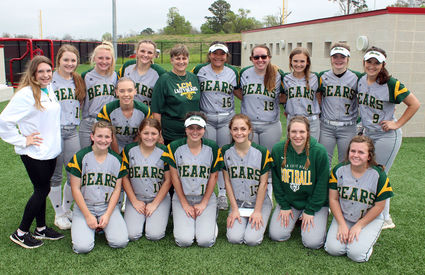 For any additional questions on any of the events, contact the Bridge City Library at 409-735-4242.