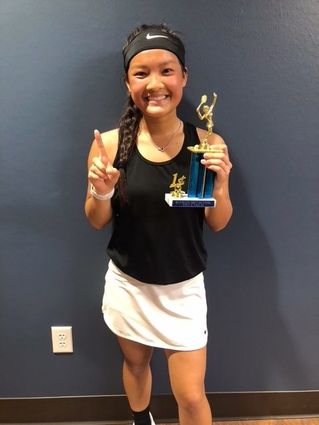 Waverlee Cooper recently won the Girls A Singles draw at the Kelly Bulldog Varsity tournament in Beaumont on March 1st. Cooper moved thru the bracket defeating a player from Sabine Pass, then defeated a strong player from Port Neches Groves before taking the championship match from West Brook. Waverlee has medaled in every varsity tournament she has entered this year. Coach Lance Robertson will be depending on Cooper to help his Bridge City Varsity tennis team to another district championship.