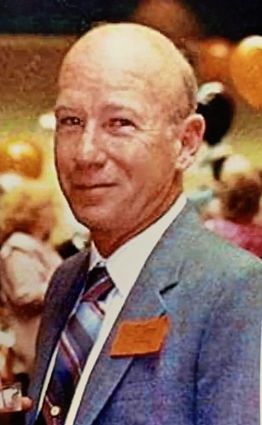 Visitation will be prior to the service beginning at 12:00 p.m.

Born in Rodessa, Louisiana on August 31, 1936 and raised in East Texas, he was the son of N.D. Fleming and Ollie Jane (Davenport) Fleming.

Tommy began working in the Fire Brigade at Jefferson Chemical, which went on to become Huntsman, when he was 21 years old and spent 44 loyal years there as well as serving in the United States Airforce Reserves for 8 years.

He was called the “Buna Flash” for being a very fast runner.

He loved sports and played basketball at his church and the Industrial League as well as coaching basketball, softball, baseball, and football.

Tommy was a big Astro’s fan and has attended several games at the Dome and Minutemaid stadiums; he was thrilled when they won the World Series in 2017.

He enjoyed spending time camping, vacationing, and going on road trips with his favorite people, his family.

He was a sharp dresser and always had a smile on his face, as well as being a very loyal Christian man who loved his church family.

Tommy was a wonderful husband, father, and grandfather who loved his family dearly.

He was preceded in death by his parents, N.D. and Ollie Fleming; and his brothers, C.R. Fleming and James Fleming.

In addition to family, Tommy was privileged to have the most wonderful and caring neighbors who were also considered family.

In lieu of flowers, memorial contributions can be made to The American Cancer Society at PO Box 22478, Oklahoma City, OK 73123 or to a charity of your choice.