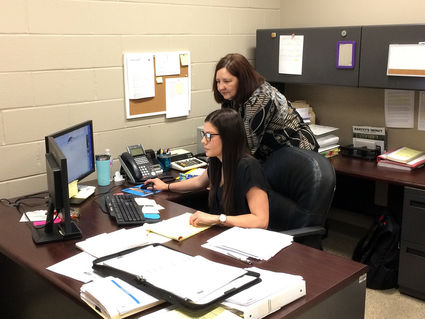 Since March of last year, Orange County has approved more than $5 million worth of paperwork assignments to grant management consultants Wendorf Beward & Partners of Houston.

That has already resulted in the county paying the company more than $1.3 million in billings for going after – and landing -- FEMA and other federal payments for Hurricane Harvey damage.

And the consensus around the county offices is Wendorf Beward deserves every penny it gets.

“I’ve been with the county 18 years and worked in emergency management in one facet or another for 18 years,” Joel Ardoin, County Emergency Management Coordinator, said.

“Reimbursement is going faster this time.

“We just cleared out FEMA paperwork for Hurricane Ike [which happened 13 years ago] and for the 2015-16 floods, our goal is to get it closed out by the end of the year.

“Harvey, hopefully within a year.”

So far, Orange County has received $11.4 million in Harvey payments from FEMA, the Federal Emergency Management Agency, all for debris removal.

Another $4 million or more is expected to reimburse county money spent on debris, employee overtime and damage to county property, such as buildings and parks.

And then there’s money from HUD, the federal Department of Housing and Urban Development, which filters its money through the Texas General Land Office (GLO) in the form of CDBG-DR grants, a mouthful of initials which stand for community development block disaster recovery grants.

HUD money is generally income-based with an eye on helping the poorest first. And because of red tape, much of the $5 billion in HUD funds announced a year ago has yet to be released from Washington.

“HUD hasn’t even come into play yet,” said Nancy Beward, project manager for her company’s efforts for Orange County.

Beward said FEMA work has six categories, A through G.

“We’re through with categories A and B, debris removal and emergency orders. And now we’re on the permanent work,” she said.

“Category C is for roads damage, D is for drainage; E is buildings and G is parks.”

AshBritt was the county’s primary debris hauler. Several record slips are required for each load picked up.

Beward cut her teeth on flood and drainage work for the City of San Antonio, then helped run the Texas recovery program after Hurricane Ike. She worked with New York and New Jersey Port and Transit Authorities after Super Storm Sandy.

Beward’s company roster is full of recovery experts and has a long list of specialized consultants. But she typically spends four days a week on the ground in Orange, working out of an office at the Orange County Convention and Expo Center.

The county’s Morgan Taylor, a former records clerk for the Sheriff’s Office, has been her key administrative assistant here.

Between them, they move some paper.

Or more accurately, they move electrons, as most of the paperwork is scanned and filed electronically.

“Her job, basically, is putting all that information together. She uploads all the info they need into the FEMA portal,” Beward said.

“The FEMA portal is new for Harvey, so you have a repository for all the documentation. Morgan understands it better than many of the FEMA people do.”

County Auditor Pennee Schmitt is copied on everything done regarding the FEMA filings.

“When it’s all said and done, and when we get audited, she’s the one who has to close out the books,” Beward said. “Although in the past, it’s been years before it’s all done.”

The process is no quickie.

“Closing out these grants can take 10 or 15 years, easily,” Beward said. “And after it’s closed out, it’s not a done deal.

“Because that’s when the FEMA auditors come through. And if they don’t like something, they’ll ask for their money back.”

Beward will be bringing another update to commissioners soon.

Until then, Beauchamp would be good to accept this recent description from County Judge Dean Crooks:

“Their job is to be a pit bull for the county, going after FEMA and HUD money we need,” Crooks said.

“There are a lot of people vying for those funds and a lot of voices in the room. Nancy and her folks work hard to be the loudest voice in that room.”