Brenda Scales to retire from city 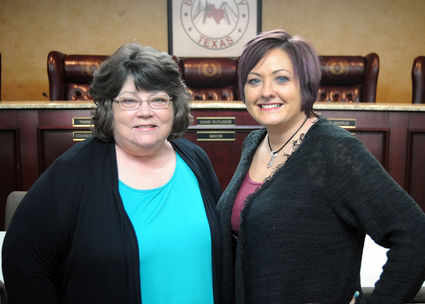 Brenda Scales may be retiring from her job at Bridge City City Hall, but certainly not from life as she starts her next chapter.

Scales began working at the city 15 years ago in the accounts payable/payroll department for the city. Later she became the planning and development coordinator. Her duties have entailed code enforcement and issuing permits. She has also been in charge of setting up meetings and keeping records for the planning and zoning committee, board of adjustments and the building standards commission.

During her career she has worked with two city managers, Don Fields who retired and was replaced with Jerry Jones.

But, the most rewarding aspect of her job has been working with the public. Over the years she has helped a lot of people, especially after the "storm." Often it was just a kind word, to lend an ear and just a smiling face as the citizens of Bridge City worked to rebuild their homes after Hurricane Ike in 2008.

At home, she and her husband had inches of water in their home and worked to make repairs. Furniture and flooring was replaced while they counted their blessings with all the devastation around them.

At work, city hall had taken on water as well. As a result, she and her co-workers issued permits in a makeshift office trailer with a large window in the front of the structure. They jokingly referred to it as the "hot dog stand." The small, narrow stairs were a challenge as an exhausted Scales repeatedly went up and down.

After city hall was remodeled, the employees returned to the building.

Life became normal again and moved forward to where it is now.

"I will miss the people I work with," Scales said. "They are like family to me."

But, she says she will also miss the public since her job requires a lot of public interaction. Over the years she has developed friendships with contractors who frequently come in for permits.

Scales joined the workforce when she was 16 year old by cleaning a local church. Before working at city hall, for 27 years she worked at Scales Portable Buildings.

She has plans for her retirement. One of which is to "be on her own schedule." Her husband, John, of 46 years, works at BCISD and is not ready for retirement. However, the couple plans to make a trip to Canada to visit her sister, Barbara.

Scales also has some projects she want to do. She plans to refurbish a family home in McLewis. In addition, once she has retired she will have more time to remodel her daughter's house too.

Her list of things to do and people to see has increased in size over the years. She has plans to check a few things off of the list.

"I just haven't had time to do any of it," Scales said.

The grandmother of four children will take some time to volunteer at area schools and her co-workers have already told her if she should get bored to come by anytime at city hall.

For her replacement, Natalie Pruitt, she will be glad to see Scales for a visit as a new found friend.

Pruitt has been training since October for the job Scales is leaving and is ready to take the position.

"I have big shoes to fill and will do my best to help the city," Pruitt said.

Pruitt worked formerly at the City of Orange in the water department.

"I am thankful for the job and the wonderful people I work with," Pruitt said.

Pruitt is an Orange native and a West Orange-Stark graduate. She has four children and is married to Orange Police Officer Tim Pruitt.