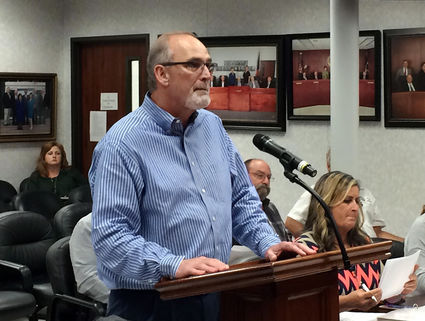 He said he plans to run for his eighth four-year term in 2020.

Noting that the filing deadline for 2020 elections is not until December 2019, Kimbrough said there was still time to decide otherwise.

Kimbrough has been District Attorney/County Attorney for Orange County since 1993.

Orange County is one of 31 counties in Texas in which the county attorney and district attorney are one and the same.

The DA was elected for his seventh four-year term in 2016, running unopposed. It is very rare that a sitting judge or DA draws a re-election challenge.

Phillip Smith, Kimbrough’s First Assistant and a felony prosecutor here for 17 years, appointed a campaign treasurer a year ago, preparing for a possible 2020 run for DA.

But Smith, who has worked for Kimbrough since 1998, said he was only preparing in case Kimbrough wasn’t going to run.

The next election in Orange County will be Saturday, May 4 for city and school boards.

The next election for county, state and national offices will be Tuesday, March 3, 2020 party primaries. The general election will be held Tuesday, Nov. 3, 2020.