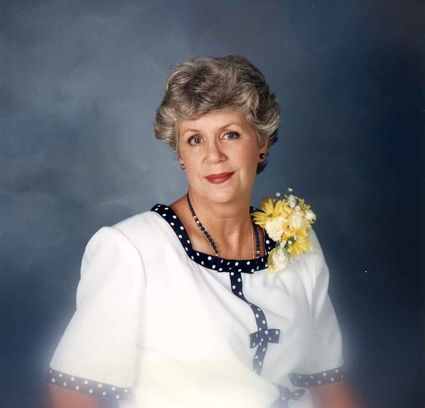 June Wingate was born June 8, 1929 in Braggadocio, Missouri and was eagerly awaiting her 90th birthday, but passed away of natural causes on March 25, 2019 in Houston, Texas, as her last child listened to her last heartbeat.

She was the oldest daughter and second child of Ruby Delia Opal Farmer and Robert Preston Woodside. Her life was defined by the importance of family, going back to her years as an orphan at The Mission Free Home and The Rock House in Missouri, where she was placed after her father died during the Great Depression. She and her siblings were reunited with their mother as teenagers.

June was a wife and the mother of eighteen children, all born over the course of a twenty-three year span. She converted to Catholicism and married Cecil Francis Wingate on October 16, 1948 and relocated to Orange, Texas, where she would build her life.

June always claimed that motherhood was her most notable accomplishment. Her artistic talents were recognized in early childhood and blossomed as an adult. Her work was first featured as the logo for an Arthur Murray Dance Studio and has been used by the company for more than half a century. She was commissioned by Betty Brown to draw four buildings associated with the Brown family of Orange, Texas which were displayed at City Hall. Her artwork for a children’s menu still appears in a restaurant today.

If there is a word to describe June, it is “unflappable.” Her adventures in motherhood were no easy task, and she navigated many trials, including widowhood at age forty-eight. She had an insatiable curiosity for archeology and genealogy, which inspired her final adventure of writing her own autobiography. She was deeply loved and will be sorely missed.

June’s remarkable and one-of-a-kind life will be celebrated at 10:00am Saturday, March 30th, 2019, at St. Mary Catholic Church in Orange. She will be laid to rest at St Mary Cemetery in Orange.