Candidates gang up for 3 council seats

Early voting starts Monday, April 22 and continues until Tuesday, April 30 for the May 4 city and school district elections.

Today, the Record Newspapers will take a deeper look into the races for Orange and West Orange city councils.

Orange has two seats open, for District 4 and At-Large Place 5, while two at-large seats are open for West Orange.

Pernell says she has a passion for working for and with people to bring about awareness and change for the better.

She wants to improve how the city spends taxpayer money and asks that the council and mayor receive clear and timely updates on city funds. “I can’t even tell you where the money has gone, so where does that leave the citizens?” she asked. She would like council meetings held at 6 p.m. or 7 p.m. so more citizens can attend; and she would like to see council return to holding rotating meetings inside each district.

An 18-year resident of Orange, Mesecher has been a member locally on the Roselawn Neighborhood Watch, the Southeast Texas Property Investors and the Historical Preservation Committee of Orange. He was previously active in the Jaycees in Schenectady, N.Y.

“Through my experience in real estate and in dealing with tenants, I am able to work with various types of people, using common sense and a positive attitude to reach solutions,” he said.

Issues he’d like to improve include “economic growth, getting a hospital back in Orange, encouraging volunteerism and making Orange more attractive, getting an anti-littering campaign off the ground.”

A past winner of the Orange Chamber’s Citizen of the Year Award and the Athena Award, McKenna has served on numerous non-profit boards of directors and was chairman of the Orange Housing Authority when it rebuilt the city’s public housing units.

“I want to give back because Orange, Texas, blessed me all my life,” McKenna said. “I want to get in there and help make it bigger, better and brighter.”

Bill Mello, incumbent, is the owner of Mello Plumbing since 1975, and “not that old,” he said.

“I have been on council for 10 years and it takes years to understand the city’s operations,” he said. “Construction is a major part of city operations and I have done all types of construction work.”

“I am very conservative with our citizens’ money. We should strive to get as much out of our tax dollars as possible. I believe we should use EDC and HOT taxes to create new money to invest in these investments.

“If I am elected I will continue to ask, ‘Is this good for the citizens of Orange?’ before I vote on it.”

“Civic leadership has always been on the horizon for me. Now that my children are grown and I am no longer teaching, I have time to pursue my personal goal of civic leadership,” she said. “I want to be elected because I know that my common-sense and thorough approach to city issues can be an attribute to the City of Orange.

“I am skilled at working with people and I will be able to effectively work with our current leadership to improve the issues that are important to the citizens of Orange.”

David C. Bailey, age 58, the retiree was a former Chief Deputy at the Orange County Sheriff’s Office in the nineties, then worked for the Orange County Drainage District, at the Stiles Unit state prison, as safety manager for Turner Industries and in ranching.

Bailey says as captain and chief deputy, he was part of the budgeting process at the Sheriff’s Office and oversaw the administration of several state and federal grants. “We operated in the black every year,” he said.

“I have the knowledge to assist Orange, which is on the verge of unprecedented growth. I just think I’m more qualified than the other people running for the same position. I’ll be an asset to council and the City of Orange.”

Thomas, a pastor for 28 years, is restarting the Sixth Street Community Church in Orange founded by his father, Superintendent Earl B. Thomas.

He was defeated by Larry Spears, Jr., in the mayor’s race a year ago.

“In my role as a pastor, I’m involved with everything dealing with people,” Thomas said. “I want to open eyes for a change, not as a pastor but as a man who’s concerned for our brothers and sisters.”

Getting a hospital for Orange is important, he said, “because I’m concerned about older people who have nowhere to go when they get ill.

Branch was appointed in 2018 to fill the final year of Carl Thibodeaux’s council term, after Thibodeaux became the city’s municipal judge.

The retired DuPont supervisor says, “I’ve found out since last July that our city is in real good shape financially. “We’ve got a good council and a strong mayor that’s well aware of everything that’s going on. He’s asked me to participate in several things.

“I’ve done all the training that I was supposed to do. I want to continue on as a city council person, just to represent the people of West Orange.”

The Orange County native has lived in West Orange for 30 years and is active in her church, Bridge Point Fellowship.

“Why not?” she said when asked why she was running.

“I think with my experience I’d be able to deal with anything that comes up.

“I just feel like any city needs a backbone, and I’ve got a good layman’s outlook on things.”

Brent Dearing, a 37-year-old machinist at the Exxon Mobil refinery in Beaumont who stepped down as a supervisor to spend more time with his family. 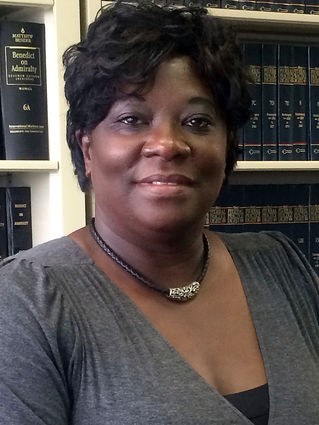 Dearing says he first considered running for the city council in his hometown when Thibodeaux stepped down last summer.

“I feel like the city needs a fresh start and a lot of other people who found out I was going to run have told me the same thing,” he said.

“You have Chevron coming in and DuPont is expanding. There’s an opportunity to make things better. I plan on staying here and I’d like to have a say-so.”