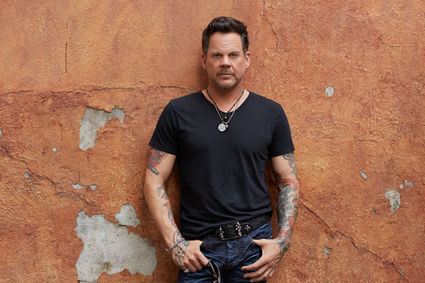 California-native and country music artist Gary Allan returns to Southeast Texas this spring for a performance at Ford Park Arena in Beaumont. Tickets go on sale at 10 a.m., Friday, April 12, at all Ticketmaster outlets.

Country music star Gary Allan is hitting the road this spring and he has once again added a local stop on his itinerary.

Gary Allan will perform inside Ford Park Arena in Beaumont on Friday, June 14. Tickets are $35.75 - $96.75 and go on sale at 10 a.m., Friday, April 12 at all Ticketmaster outlets, including online at www.ticketmaster.com and at the Ford Park box office.

Allan, 51, is a native of La Mirada, Calif., and released his country music debut in 1996 with the single, “Her Man.” Since that time he has recorded nine studio albums and released more than two dozen singles, which include the number one smash hits “Man to Man,” “Tough Little Boys,” “Nothing On But the Radio,” and “Every Storm (Runs Out of Rain).”

His most recent studio release, “Set You Free,” was released in January 2013 and peaked at number one on the U.S. Country albums chart and the Billboard Top 200 albums chart. He released his most recent single, “Mess Me Up,” during the summer of 2017.Visit www.garyallan.com for more information on this artist.