Early voting starts Monday, April 22 and continues until Tuesday, April 30 for the May 4 city and school district elections.

Bridge City ISD will hold one contested school board race and a $46.1 million bond election, with most of the money going to a new $35.9 million middle school campus with room for 950 students to accommodate the district’s growth.

Although the cities of Bridge City and Pinehurst will not hold elections because of no contested races, a total of 19 candidates are battling for nine spots in elections for the Bridge City, West Orange-Cove and Little Cypress-Mauriceville school districts and the cities of Orange and West Orange.

Today, the Record Newspapers will take a deeper look into the races for school district boards.

Bridge City ISD has one seat up for grabs, for Place 5, while LCMCISD also has one contested seat, Place 6. WOCCISD has three at-large seats being contested by a total of five candidates, with the top three vote-getters being seated.

Jerry McInnis, incumbent, has served on the BCISD school board for 12 years “and consider this to be the most important work I have ever done,” he said.

Born, raised and educated in Louisiana, McInnis moved to Bridge City in 1976 and worked at Gulf/Chevron Chemical for 35 years. Besides schools, McInnis has spent seven years as Bridge City Chamber of Commerce board member and Ambassador and 45 years working with Little League.

Raising teacher salaries $5,400 in three years, spending $1.3 million on school security, receiving $400,000 in educational grants over two years and awarding $100,000 in mini-grants for classroom innovation are among the district’s recent accomplishments.

Cory L. Mitchell, 34, is a process operator who has served on the Nederland Port Neches Evening Optimist Club Board of Directors.

He also volunteers for the Shiners Children Hospital.

“I decided to run for school board because I have a passion to serve,” Mitchell said. “I firmly believe that giving our younger generations a firm foundation in education, community service, kindness and respect for all is vital to their future success.”

Mitchell says he wants to see BCISD improve it career and technology departments.

“As not all students, have a desire or the means to go to college, this is a way for them to find a career and prepare them for the future. By partnering with local industries and seeking grants and other funds for these programs, we can ensure the students have the tools they need for success.”

Demetrius Hunter, incumbent. The 1992 West Orange-Stark graduate comes from a family of educators, his mother having taught 35 years in the district and his grandmother 45.

“I grew up with education. I saw it at my house. My momma didn’t play,” said Hunter, who is president of the band boosters, works for the City of Orange water department and is a captain in the West Orange volunteer fire department. He and his wife own a barber shop/beauty salon.

“I do it because I love to do it,” he says of his work with the schools. “Yeah, we’ve got challenges. Yes, we do. Are we doing the things we need to be doing? Naw, we’re not where we need to be, but we’ve got a good board and I want to see what we can do to get better.

“I’m here until the Good Lord calls me home. And while I’m here, I might as well help my community.”

Linda Platt-Bryant, incumbent and 1986 West Orange-Stark graduate, has represented the district three times at the Texas Association of School Board annual meeting.

She is a marketing graduate of Prairie View University and a single mother whose son was a 2017 honors graduate of WO-S.

She is proud of what the school board has been able to accomplish in recent years.

“We have done so much with so little,” she said, “just from the challenges of the community as well as the school district. We’re working with the budget from the Texas Education Agency that we are allowed.

“We’re serving for the children, children who are in need, children who sometimes are the first in their family to obtain a high school diploma. We have met so many needs that you have asked for.”

Kianna Edwards-Brooks is a 1999 West Orange-Stark graduate who owns a bachelors in education from Austin’s Huston-Tillotson University and graduated from the nursing program at Lamar State-Orange. This is her third straight year to run for the school board.

She’s a single mother who says she works more than 100 hours some weeks.

“You feel like you’re giving the world to your children, even though they’ve got a little more than nothing. A lot of parents are working their butts off to barely make it.

“I don’t know it all. I can’t fix it all. But I’m willing to try. Orange, Texas needs to change. Other cities have done it with low-income students.”

Russell Holt, 49, is a 1988 West Orange-Stark grad who is a Lamar grad, Walmart supervisor and a single dad to a daughter in high school. He’s a member of the Men of Excellence mentoring program, a drill team booster, and he’s known for yelling “Let’s ring it up!” at Mustang football games.

“I’m very passionate on what I do and it doesn’t stop with me being out there with football,” Holt said. “Raising my child is very, very important. I try to give her the best I can.

“Teachers need support from their higher-ups, from everyone. What I don’t see is parent involvement. We’ve got to support teachers and get parents involved.

“I feel like with my passion and loyalty, I can bring parents together.”

Gina Simar, a 1981 West Orange-Stark grad, grew up in Orange. She became a vocational nurse, then a registered nurse working in surgery and ended up in charge of the nursing program at Lamar State College-Orange. Today, she’s the school’s Dean of Health, Workforce and Technology Programs.

She has been a member of the United Way board, the Campfire Girls board and a Chamber of Commerce Ambassador.

“I’ve done a lot of work for this community to make it a better place, and I just feel like it’s time for me to help make the schools better,” she said.

Simar said she’d like more counselors at the high school, and is a big advocate of LSCO’s early campus high school, where students can graduate high school with two years of college credit.

Chris Riedel, age44, is an LC-M graduate and a dentist who has served as president of the Southeast Texas Dental Society, delegate for the Texas Dental Association and board member of the Marble Falls Chamber of Commerce.

“As a parent, a graduate, and a community member of Little Cypress-Mauriceville, this Trustee position provides an opportunity for me to return my knowledge and experiences to the benefit of our district,” Riedel said.

“Actually, I bring no agenda or platform to this election. It is my belief that a School Board member should provide rational thoughts, ideas, and perspective for the greater good of our students, our teachers, and our district as a whole.”

Josh Fisher, age 40, is service manager for AWC valves who graduated from LCM in 1997. 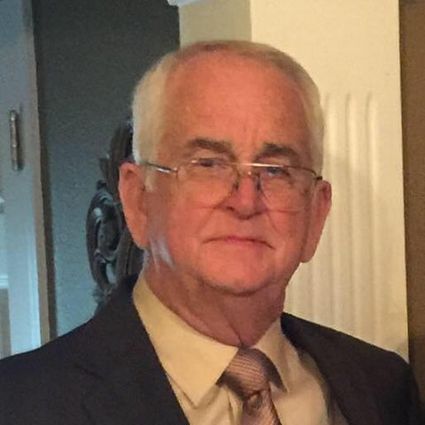 He has been involved with youth sports the past eight years as a volunteering. “I enjoy working with kids and I felt a strong push to run for school board and give back to my community, and my school. I want to be sure kids today and in the future have the same opportunities I had.”

Fisher’s No 1 goal is keeping the district on its long-successful path.

“We’ve got good teachers in the district, and I just want to make sure they’re taken care of,” he said. “Everybody on the board is good people. I want to continue the success the board has had.”