“What Story Are We Telling”

Bridge City Independent School District has a long standing tradition of excellence dating back to 1946. This was changed from Bridge City Common School District that was established in 1941. Since that time there have been many chapters in the “Bridge City ISD Book” that is continuing today. While there are far too many accomplishments by our students and educators throughout the history of our school district to include in this article, I believe this is a fitting time to review notable information that makes up multiple Chapters in the Story of Bridge City ISD.

Dating back to the late fifties through the sixties there have been notable educators that have made such a positive impression on the school district there were facilities named after them.

What Bridge City alumni from that era does not tell the story of the 1966 Football State Championship! That is only one part of the numerous successful accomplishments by our athletes, cheerleaders, Strutters, and band members.

In the halls of our high school are dozens of plaques illustrating the academic successes of our students through UIL Academic competitions along with Stark Reading Foundation excellence awards.

There have been multiple stories of successful accomplishments within our school district by students and staff through the seventies, eighties and nineties. A short mural of the memories of our school district is illustrated in the hall of the administration building. Memories such as early graduating classes, the Cardinal Guard, and burning of the letters at homecoming with cherished memories in between are what people talk about in Bridge City.

Bridge City has been evacuated for multiple hurricanes over the years.

One of the worst, if not the worst, chapter in the book of BCISD occurred on September 13, 2008 when Hurricane Ike damaged over 95% of the buildings and houses in the city.

Facing seemingly insurmountable odds after the hurricane a decision was made by city and school district leaders to bring the students back to provide an education.

They believed that if they got the students back the community would follow.

Through the hard work, dedication and tenacity by citizens within the city and area both the community and school district survived.

While there are too many people to mention and recognize for this chapter in the story, heroes continue to live within our community that illustrates the “spirit’ of Bridge City.

Our school district has rebounded from Hurricane Harvey just like we did from Hurricane Ike. Wise decisions made by district leadership in 2008 to build schools at higher elevations resulted in our ability to use district facilities as a staging place for the rescue/recovery efforts during and after Hurricane Harvey. BCISD did not receive notable damage that resulted in staff and community being able to help fellow community members during their time of need as a result of hundreds of homes flooding. The story continues to be written. 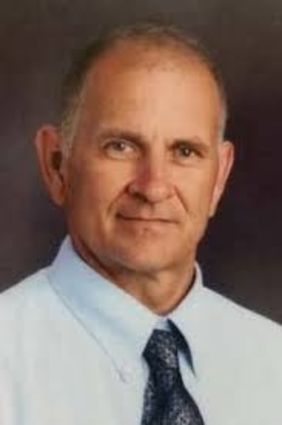 When conversations are had regarding Bridge City ISD the main topic revolves around the people. The memorable educators, great accomplishments by our students, memorable school district events are the focus that tells each chapter in the story of Bridge City ISD. The educational experience quality of the people both students and staff that has provided the content for the writing of the BCISD story.

In my short time here I have heard stories shared with pride about former educators, students, board members, and community members. In some cases former students who are now adults have shared funny and heartbreaking stories about both their peers and teachers. Each story was shared with a high level of respect about someone who meant something to them!

The 2018-2019 school year is rapidly coming to an end. We will begin the 2019-2020 school year in just a few short months. The next chapter in the story of Bridge City ISD is about to be written. What do you want it to say?