Heinie Dell “H.D.” Pate helped put Bridge City on the map in 1970, preparing the lawsuit that led to the incorporation of the city.

He was in the spotlight a lot in the late 20th century.

H.D. Pate was President of the Lamar University System Board of Regents from 1984-89, during which he helped grow what is now Lamar State College Orange.

Lately, though, Pate had shied away from public life.

Pate asked that his body be cremated and no funeral service held, his widow, Patricia Raines Pate, said.

In lieu of flowers, memorial contributions can be made to Lone Star Legal Aid or Catholic Charities.

“You can’t say enough good things about H.D. Pate,” said Beaumont attorney Wayne Reaud, who served on the Lamar System Board of Regents with Pate.

“He exercised a lot of influence, but he always operated behind the scenes. He was not the kind of guy who’d call a press conference to tell people how smart he was.”

Longtime state senator Carl Parker of Port Arthur called Pate “a friend for a long time and a great man.

“He was on Lamar’s Board of Regents and he was a big Democrat and loyal to a fault. One of the greatest compliments you can give to anybody is he made his little part of the world a lot better while he lived.”

Mike Hatton, executive vice president of Community Bank and a member of one of Bridge City's founding families, said, "There were no doctors and lawyers there when I grew up in the 50s and 60s. He helped bring it from a little community to a good-sized town.

"You could always count on H.D. He was very opinionated at times, but you always knew where he stood. He was very loyal to his friends and very important to his community. We lost a good one, for sure."

Judge Pat Clark said he was away in the service when Pate first came to Orange County.

“I came back in 1974 and H.D. was already established in Bridge City at that time,” Clark said. “Of course, we met because I came to work for Orange County in the District Attorney’s office. We became friends from then on.”

Democratic Party politics was some of the glue that kept Clark and Pate close.

“A lot of people thought I was going to become District Attorney, but I got tired of waiting for Sharon Bearden to step down. And then I became County Court-At-Law judge, and then I think he [Pate] was behind me becoming district judge.”

H.D. Pate had a lot of “stroke” in those days. He and his first wife, Sue, who was a delegate to the Democratic National Convention in 1980, “were a power couple,” said Don Burgess, retired appellate judge at the 9th Court of Appeals.

“There wasn’t any doubt about it: if you needed help in Democratic politics, you talked to Sue and H.D.”

Burgess, whose wife Bobbie is a former Bridge City mayor, was an ADA in Orange before being appointed to the 260th District Court Bench.

Clark, Reaud and Roy Dunn, another of Pate’s longtime friends, all recalled that Pate played a part in Don Burgess getting his start on the bench.

Dunn, publisher of the Record Newspapers, recalls C.W. “Bubba” Hubbard persuaded Pate to settle in Bridge City after he had also made inquiries into opening his practice in Vidor.

“When Pate came to look at Bridge City, Bubba Hubbard and other community leaders got ahold of him and said, ‘Man, we need you in Bridge City,’” Dunn said.

Dunn recalls that Pate was unsuccessful in a lawsuit to get Gulf States Utilities (now Entergy) to pay city taxes to the new city of Bridge City instead of Port Arthur.

“But he caught the backside of Firestone [the plant on FM 1006 and E. Roundbunch Road and got them to pay in-lieu-of-taxes money to the city.

“He knew real estate,” Dunn said. “At one time or another, he dealt with every piece of real estate in Bridge City.”

Pate ended up in a lawsuit with the city of Bridge City over his retirement.

“Bridge City filed the lawsuit,” Clark recalled. “It ended up in my court. After the lawsuit was over with, he got his retirement.

“That’s all I can say about that.”

Clark said he and Pate often shared their Catholic faith and they shared a love of “old” country music.

The two men and their wives once traveled together to Nacogdoches to see Merle Haggard perform in concert.

“H.D. and I used to argue about which one of Hank Williams’ song was the best one ever,” Clark said. “I can’t remember what his was, but later, he wrote a newspaper article and said, ‘I’d have to agree with Judge Clark: it was ‘Wedding Bells.’’”

He was the son of William L. Pate and Eloise (Robinson) Pate.

H. D. proudly served his country in the U. S. Army. In his early years, he played football for his high school in Austin and later played for the University of Texas at Arlington.

Politics were always very important to him and he supported the Democratic Party. At 11 years old, he served the House of Representatives as a page.

In later years, he enjoyed writing and wrote a column for many years for the Penny Record. Pate loved country music and football, but he loved his wife, children, grandchildren and great-grandchild more than anything. He was a wonderful father and a loving husband.

He was preceded in death by his parents; his brothers, Walter Whitfield Pate, Billy Joe Pate, James Harold Pate, and Judge Pat Pate. 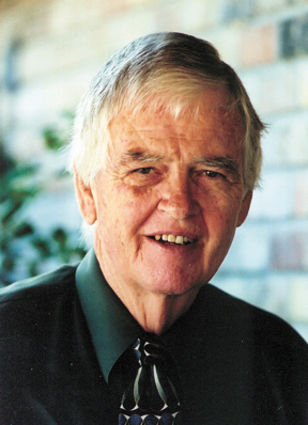