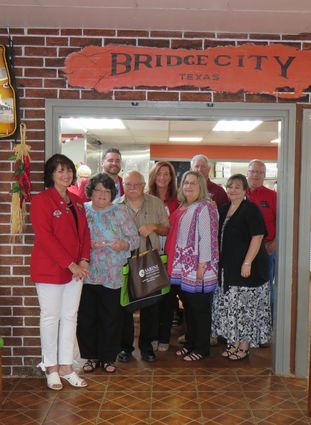 The Bridge City Chamber of Commerce is delighted to announce that Brenda Scales, recently retired Community Development Coordinator for the City of Bridge City, has been named May Employee of the Month.

Brenda worked at the City of Bridge City for 15 years. She and her husband John of 46 years have four grandchildren. During retirement, Brenda plans to volunteer at local schools, refurbish a family home in McLewis, and take trip to Canada to visit her sister Barbara.