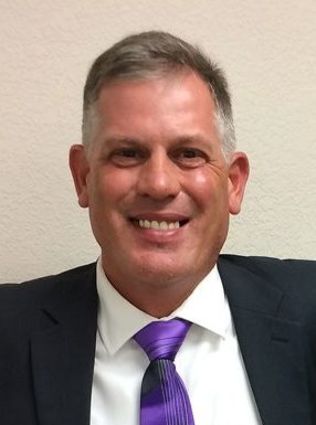 The 49-year-old native of Bon Wier is the chairman of the board for the Orange County Economic Development Corporation, on the board of directors of the Greater Orange Area Chamber of Commerce and the United Way of Orange County, on the Southeast Texas Regional Planning Commission’s advisory council for Community Development Block Grants and a member of the Lions Club.

And that’s on top of his day job as City Administrator for the City of Pinehurst.

“People need to be more prideful about the community they live in,” he said.

“West Orange and Pinehurst share the same zip code with the city of Orange, 77630. When somebody comes in, they think we’re all a part of Orange.

“What’s good for one of us, is good for all of us. We’re all a family. We all come together at the old [traffic] circle.”

Hood grew up in a military family and counts Newton Coach Curtis Barbay and his grandmother, both of whom have passed away in recent years, among his mentors.

He previously worked in city government at Liberty and Stephenville.

“I started local government on the lower level, reading water meters, replacing sewer lines. I learned how a city functions,” he said.

“I learned how important code enforcement is, the cleanliness of your city, because you never know when the next potential business is going to want to relocate.”

He said his grandmother taught him his most important lesson.

“She said, ‘Robbie, you have two of these and [pointing to his ears] and one of these [mouth]. Do a lot more listening than talking.’

“I’m a student of human nature. I learned there’s a difference between a leader and a manager. A manager manages the operations as they are now. Leaders have visions. They get people to follow them to attain those goals.”

Hood was recently reappointed to his fourth year as the city administrator, which is the equivalent of a city manager job in a larger city.

Pinehurst, with only 2,100 people, is a Type A General Law city by Texas law while cities with populations over 5,000 operate as Home Rule cities.

“We don’t need any action,” said Dan Mohon, longtime city father. “He’s our city manager until he decides to retire.”

Mohon is one of five city aldermen, elected leaders whose counterpart in a Home Rule city would be a city council member.

Sarah McClendon, Pinehurst alderwoman, said, “We are very lucky to have Robbie as our administrator. He does what needs to be done to look after our citizens. He is great for our family.”