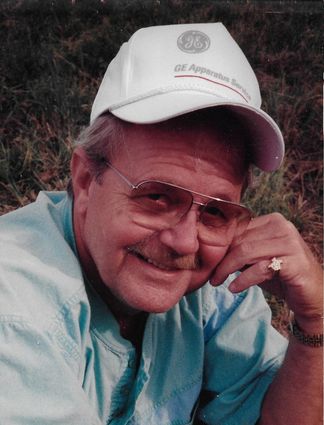 Robert William Thomas, affectionately known by friends as Bob or BT, passed away May 11, 2019 at the age of 81 after battling Alzheimer’s. Bob was born on February 1, 1938 in Crofton, Kentucky to Boyce and Vernell Thomas. He passed away in the company of his long-time close friend and caregiver, Brenda Anderson, only days after a visit from both his children.

A Celebration of Life will be held at 4:00 p.m., Monday, May 20, 2019 at Dogwood Funerals & Cremations in Crofton KY. Rev. Barry Williams will officiate.

Bob enlisted in the Air Force at the age of 17. While an Airman, he served on the Field Maintenance Squadron as an Aircraft Electrical Specialist. After the Air Force, he worked as an electrician in a coal strip mine. During this time, he became a Mason and also a Shriner. Eventually, he moved his wife and two children to Texas where he worked as an electrician for B.F Goodrich until he retired at the age of 55.

Anyone who knew Bob knows that the theme song for his life would be “Born to be Wild.” He absolutely loved fast cars, fast boats, and fast motorcycles.

He even did some drag racing as a hobby.

He was especially proud of his custom black El Camino which he often proudly displayed in car shows.

He also was an avid water skier.

He spent every weekend for many years on the sandbars of the Sabine River with his family and friends.

He was a long-time member of the Orange Boating Club and served on the board.

Of course, his greatest passion would have to be motorcycles.

He was the happiest when he was traveling the country on a Harley.

His trips took him all over the United States as well as parts of Canada.

Although his boats, cars, and motorcycles were important to him, he also had a more gentle side.

Bob always had a soft spot for dogs and took in countless strays over the years.

He was also very active in Alcoholics Anonymous, and was sober for 21 years.

He used his knowledge to mentor others and developed many close relationships within AA.

He is preceded in death by his son, Bobby Wayne Thomas, his father Boyce Thomas, his brother, Jerry Thomas, and his mother, Vernell Powell.