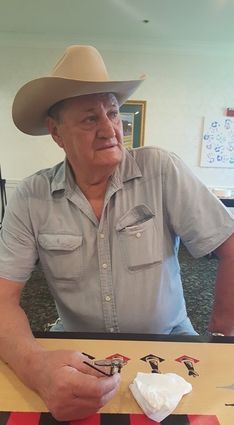 Born in Winkler, Manitoba, Canada, on May 13, 1948, he was the son of Jacob Wiebe and Helena (Peters) Wiebe. Ike was the owner and contractor for All Phase Roofing and Remodeling as well as running Muddy Water Marina for 4 years. He was a German Mennonite and the eldest of 9 children. Ike was known for his honest work and liked to spend his off time hunting, fishing, and cooking for his family and gatherings. Everyone referred to him as John Wayne reincarnated. He may have been born in Canada, but got to Texas as fast as he could in 1969. Ike was very loved by his family and friends will be deeply missed by all who knew and loved him.

He was preceded in death by his parents, Jacob and Helena Wiebe; and 3 siblings.