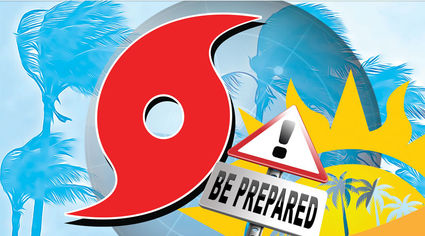 Hurricane season begins Saturday, June 1, for the Gulf and Atlantic Coasts and the experts at the National Oceanic and Atmospheric Administration are predicting the 2019 season will be “near-normal.”

Recent normal in Southeast Texas means being hit by three – or four – major hurricanes in the past 14 years.

“It’s only a bad year if you get hit, and then it’s a really bad year.”

Orange County is still seeking FEMA payments from 2008 and Hurricane Ike while not through rebuilding after Hurricane Harvey in 2017.

The run started with Hurricane Rita in 2005, the first hard hit since Hurricane Alicia in 1983, and the streak also included Hurricane Humberto in 2007.

“With the weird weather we’ve been having, we don’t know what’s going to happen. Nobody does.”

Hurricane scientists at Colorado State University predicted 2019 would have 13 named storms in the Atlantic Ocean, including five that would become hurricanes. Of these, they expect two to become major hurricanes that reach Category 3 or higher.

In business conducted during Tuesday afternoon’s commissioners’ meeting, the decision was made to add $16,000 to the county’s flood insurance bill to renew coverage for the Sheriff’s substation and WIC office, both in Vidor.

Both buildings were deemed total losses by the county after Hurricane Harvey and plans have been made to relocate the new buildings.

But, Thibodeaux said, FEMA still hasn’t paid a claim on the buildings and says it will only pay if the structures have current insurance.

“Having insurance at the time of the claim means nothing,” the judge said. “At least we should get back some of it [$16,000] when FEMA is closed out.”

With those two ghost-buildings included, the county wrote a check for $132,000 to pay for flood insurance on its 30-something buildings.

That check was part of a total weekly operations tab of $345,000 paid out by the commissioners Tuesday.