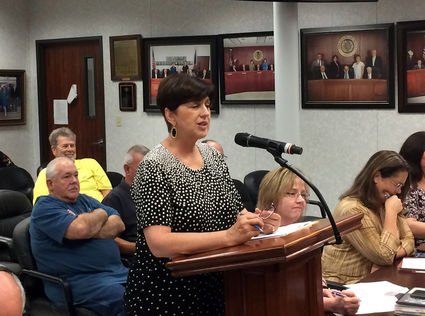 Look for the Bassmaster Elite national fishing tournament to return to Orange in 2020.

And cross your fingers, too.

That’s what Orange County Commissioners are doing after agreeing to dedicate $100,000 from next year’s Hotel Occupancy Fund so the Greater Orange Area Chamber of Commerce can bid on a June 2020 tourney.

The county will only transfer the money as a reimbursement for expense receipts if the tournament bid is accepted.

“They won’t announce the 2020 schedule until the end of this year,” said Steve Jones, the Chamber’s vice chairman for special events, “but we have to get our bid in as soon as we can.”

Jones says, “In the past, this has been the biggest event Orange has hosted,” and it’s hard to doubt him, at least in the recent past.

A 2017 Bassmaster Open team fishing tournament produced 1,000 hotel-nights for local innkeepers, with all the gas, food and accessory spending to go with it.

“They only stage eight of these tournaments a year and we’ve been fortunate to land some,” said Jones, who was accompanied at Tuesday’s commissioners’ court meeting by Chamber president Ida Schossow.

“This event is televised live on the internet and also a highlights show in on ESPN every year. It gives us a lot of publicity. People in the fishing community know where Orange, Texas is.”

Schossow explained that the Chamber would have to independently raise $40,000 from sponsors and vendors to cover all expenses.

“We’ve regularly set attendance records for Bassmaster and for room-nights,” Commissioner John Gothia said, “so this is very good for the area and our economy.”

“Often in spite of the weather,” Commissioner Johnny Trahan added.

Request for a June 14-15 Veterans Tribute at The Oaks Event Center.

Owner Donna Little said she and her husband had bought the former VFW building in Vidor and intended to rent it out for events like weddings and reunions.

She told commissioners she anticipated 50 Orange County hotel rooms would be rented by people attending next week’s veterans’ event.

The open-meeting agenda contained only nine items and required a half hour to complete.

No action was taken after the half-hour closed session.

Purchasing agent Connie Cassidy was approved to seek bids for an 18-foot airboat and trailer which the county will be acquiring with emergency management Rebuild Texas grant money.

No action was taken on one item to approve and another to provide funds to purchase about $3,000 of diesel fuel to replace that used by a generator at the county Administration Building during a May 9-12 power outage.

Commissioners directed Kurt Guidry, maintenance director, to use money already in his department’s budget to replace the fuel.