It’s never too hot to think about hunting season 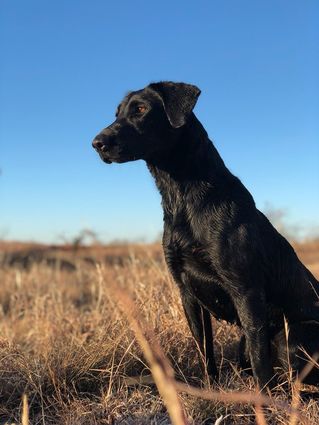 Hunting season will be here before you know it, be sure your dog is ready and in shape.

Photo: Hunting season will be here before you know it, be sure your dog is ready and in shape.

The mercury in the thermometer shows temperatures creeping towards triple digits and everybody you look at appears to have just emerged from a swimming pool.

The heat waves along the road and the hood of my truck cannot dampen my enthusiasm as I put down my cell phone and relay the news to my son Hunter, “we are getting 16 days for teal season” I proclaim as Hunter does a makeshift victory dance in the front seat.

The population count on teal exceeded the magic number proclaimed by the USFWS so the Texas hunters will be blessed with 7 extra days to hunt these little birds affectionately known as “marsh missiles” or “rice rockets”.

Let it be known that we have officially started the countdown to September at my house and all is right with the world.

I know I am getting ahead of myself but after suffering through months of no hunting it’s great to actually hear about topics concerning the sport. Hunters all over the state begin to get restless as the heat of summer makes us all long for cooler days and open seasons.

The census count on teal is high enough to provide for the longer season but that may be just a product of skewed numbers.

Last years ultra high population is carrying over to this year’s numbers and that means birds that are 1 year older and 1 year wiser, much the same way snow geese get season after season.

The amount of young birds will be less than last year and the effect that has on season success remains to be seen.

Locally a few hunters have already begun to stake out claims on prime marsh ponds and some have even begun to improve vegetation surrounding potential blind locations.

Hunters who take the time and effort to make the area around their blinds look as natural as possible will almost always kill more birds.

Synthetic materials and blinds made out in the wide open that resemble “taco stands” may be easily accessible but they don’t produce, more often than not they actually flare more birds away than anything.

Hunters need to realize these birds have seen so many set up’s along the migration south that attention to detail is critical.

By starting on these projects well in advance of the season opener hunters can perfect the set up and spend more time scouting as opening day gets closer.

Another very important part of the upcoming season that needs to be accounted for is your dogs conditioning.

Summer heat is tough on dogs so limit training sessions to early and late in the day to minimize the stress caused by heat.

Frequent short training sessions are much better than prolonged efforts in high heat, keep an eye on your dog and be sure to have plenty of water on hand.

Some dogs get out of shape during the off season and just like the owners gain a few extra pounds so this is the perfect time to get your dog back down to hunting season weight.

As much as we all like to bring our dogs with us when we head out to the lease please be aware of the alligator situation at this time of the year.

The local marshes are full of gators right now and the big lakes have their fair share of the big reptiles as well so please be wary.

Nothing in the world is worse for a hunter than to loose their dog and loosing one to a gator has got to be perhaps the worst way you could loose one.

In the mean time according to the calendar we have around 70 days to the magic month of September when hunting season cranks back up again and it will be here much sooner than you think.