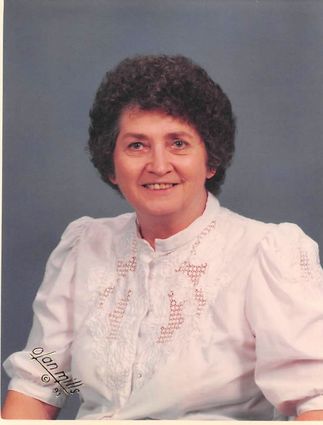 Jewel Faye Steele, 87, of Orangefield passed away on Sunday, June 23, 2019 at Harbor Hospice in Beaumont.

Funeral Services will be held on June 27 at 10:00 a.m. at Claybar Funeral Home in Bridge City. Burial will follow at Evergreen Cemetery in Orange.

Jewel was born to Jack and Modena Parker Railey in Panola County, Texas on July 20, 1931.

She moved to the Golden Triangle in the late 1940s to live with her sister, Thelma.

She met and married Luther Brown from Nederland where they resided for many years.

Together they had 4 children before they divorced.

Later she married Nook Steele from Orangefield where she lived the remainder of her life.

Jewel and Nook were married over 26 years before Nook’s death in 1993.

Jewel was a wonderful mother, friend, and caregiver.

She took great care of Luther’s mother, Nook’s father and Nook as they were dying.

She was truly the matriarch of our family.

All of her children visited each Sunday to enjoy her delicious meals.

Many of the vegetables were fresh from the garden that she and son, Brad, maintained.

She was known especially for her gumbo and potato salad.

Nook and Jewel had a camp at Sam Rayburn for many years and she really enjoyed fishing.

She was a huge fan of the Houston Astros and the Dallas Cowboys.

Jewel is preceded in death by her parents, her husband, Nook Steele, her son, Tom Brown, her step-daughter, Frankie Sheffield, her sisters, Alice “Missy” Broome and Thelma Gunter, her brothers, J.W. Railey and Lewis Railey.

She is survived by her devoted children, Paul Brown (Sandra) of Vidor, daughter, Sue Ann Quinn (Keith) of Orange and son, Brad Brown of Nederland.

She is also survived by her brother, Jack Railey, Jr.

Many nieces and nephews also loved their Aunt Jewel.

She was especially close to her niece, Susan Pelezo.

Many thanks to the Hospice Plus staff. She became very attached to Lisa and David.

Memorial contributions may be made to Wesley United Methodist Church in Beaumont.