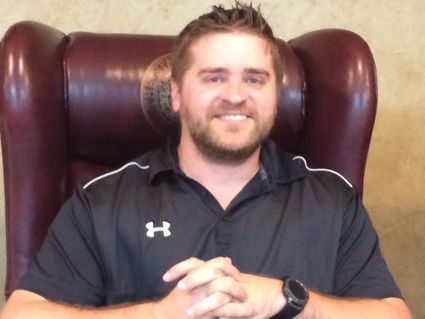 The Place 4 representative announced Tuesday night he is leaving City Council because his family has moved into a home just outside the city limits.

“Being able to represent our city has been one of the greatest and most important things I’ve ever done,” said the owner of Central Office Supplies.

Andrus was named Citizen of the Year at the last Bridge City Chamber of Commerce Annual Banquet.

He was first elected to City Council in 2010 and, until Tuesday, was the city’s mayor pro-tem.

“I enjoyed serving the citizens of the city over the past nine and a half years. I’ve enjoyed a relationship that I’ve formed with the mayor and council members,” he said.

“Not only have they been mentors to me as a young kid growing up into a young man, they’ve been good friends.

In the good news category, the city council agreed on new medical, dental and life insurance plans for its employees that will cost $50 less per month per employee.

“This is the first time in I don’t know how many years we’ve been able to get a reduction in premiums,” Jerry Jones, city manager, said.

The state recently required all the county’s cities to change the way they billed for building, electrical, mechanical and plumbing permits.

Bridge City Council adopted a new permitting system based on the amount of square feet involved in a project, not the cost. Residential building permits are 35 cents per square foot.

The first, for $2 million on infrastructure repairs, would help pay for a new city water well to replace one at Romero Street that has been closed due to saltwater intrusion.

“It’s something we have to do,” Jones said. “It’s imperative we get another well in place.

“We have to have a certain amount of pumping capacity and we don’t have that now.”

Jones said the city’s portion to pay under the General Land Office grant was $762,000. He said, however, there was a chance another state source that might help pay that.

A second CDBG grant, if approved, would make $1.5 million in funds available for the city to buy out homeowners whose houses flood repeatedly.

Melinda Smith of Traylor & Associates said there was enough money for eight or nine low to moderate income homes and offer $5,000 in relocation assistance to the sellers.

Smith said the city would host three public meetings in the fall to help finalize plans. It will be probably January 2020 before applications are available, she said.

The Hurricane Harvey buyout money from the Department of Housing and Urban Development would allow the city to purchase 20 homes that have repeatedly flooded and grant the sellers money to relocate.

“It’ll allow the city to buy homes and tear them down,” Randy Branch, council member, said. “There’s money there for people to put a down payment on another home.

“We’re going to start putting out feelers for applicants.”