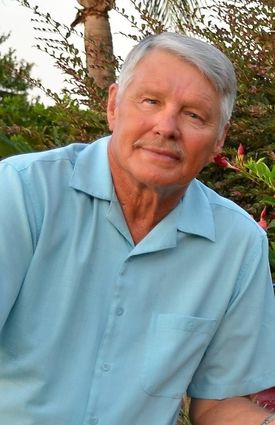 Clyde Lovell Sullivan, a lifelong resident of Orange, passed away on June 30, 2019 after a brief illness at the age of 74.

Funeral services will be at 2:00 p.m., Wednesday, July 3, 2019, at Claybar Funeral Home in Orange. Officiating will be Reverend David Wagner. Burial will follow at Orange Forest Lawn in West Orange.

Visitation will be Tuesday from 5:00 p.m.

at Claybar Funeral Home in Orange.

Lovell was an Electrician by profession and belonged to the IBEW Local Union 479 in Beaumont, Texas, serving as the Assistant Business Manager for several years in the 80’s.

He finished his career working as a Senior Electrical Designer for various engineering firms in the Golden Triangle.

Lovell leaves behind his wife of 53 years, Jackie McCary Sullivan.

Lovell and Jackie’s love story is deeply rooted and they loved each other immensely.

Their example of marriage was admired by everyone who knew them as they modeled love for their Heavenly Father, but also love for each other and those around them.

Jackie and Lovell met as teenagers and their love blossomed as young adults and they never stopped growing in their love until their final day together.

Lovell is survived by his two children and their spouses, Tim and Christi Sullivan and Erica and Randy Wagner.

His children loved him deeply and held him in the highest regard and reverence.

The legacy Lovell left with his children will be forever impacted upon their lives and the lives of his grandchildren, Brandon and Brady Sullivan and Elisan and Kyla Wagner.

His grandchildren knew without a doubt that their “Pop” loved them and he never missed an opportunity to tell them.

He supported his grandchildren in all of their endeavors and could often be found at a baseball field, basketball gym or soccer field cheering on his grandkids.

He was their biggest fan.

Often referred to as the patriarch of the family, Lovell took that role seriously and mentored and loved his siblings like only an older brother can.

Family meant so much to Lovell and his greatest desire was to always see his family living harmoniously and with love for one another.

Lovell’s greatest contribution to his family was being the tie that bound them all together.

Lovell had a quiet dignity and grace not common to most people.

His gentle spirit, grace and compassion was unsurpassed and he was loved and respected by so many people that knew him.

Lovell was a member of Community Church for over 40 years and led in various capacities, including a long-time board member, care group leader and member of the “Men of the Hour” service group.

His impact at Community Church will be felt for many years to come.

Lovell could often be found on the golf course with his friends.

Lovell also enjoyed fishing and hunting with this son and grandsons.

He was preceded in death by his father Tom Sullivan, mother Juanita Sullivan, and brother William Sullivan.