The Texas Legislature’s vote earlier this year to help Texas property owners avoid skyrocketing taxes in the future could cause them some pain come New Year’s Eve.

With more than a year until property tax reforming Senate Bill 2 goes into effect, the acting city manager of the City of Orange declared the city should raise tax rates as high as possible without bringing on a mandatory “rollback” election by the taxpayers.

Currently, a city or county can raise its tax rate up to 7.99 percent from year to year without citizen say-so. The new Texas law passed in May, when it takes effect in 2020, will lower the rollback rate to 3.5 percent or higher.

“This [SB 2] is something that will have decades of impact,” Knauf said, referring to fears across the state that the new law will hamper local governments’ ability to provide vital services.

“I say our goal should be to go up 7.99 percent this year, and not leave anything,” Knauf said.

Because property values across Orange County are expected to go up about 5 percent once appeals of taxpayers’ assessments conclude and final values are posted in July, that will lower the effective tax rate.

The effective tax rate, the rate the city must charge to gain the same tax revenue as last year, should go down, which means the city would have a lower starting point for its 7.99 allowable increase.

Knauf said a new state law will reduce the city’s revenue from telecommunications franchise fees estimated at $100,000 and the city expects a drop in sales tax receipts because most of the storm repair construction spending is complete. 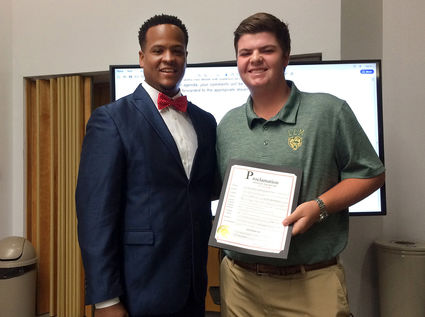 Because he expects tough times in future years, Knauf said he though employees should get a cost of living increases in the next budget and a no-layoff pledge.

Big-ticket needs include more computer storage, maintenance for city hall and recreation facilities, the addition of one or two people to help with code enforcement and creating jobs for an assistant public works director and a grants accountant.

“I’ve been in city government 40 years next February,” Knauf said, “and I’ve never seen a citizen come to city council and say we have too many police officers, too many services.

“If we go up 7.99 percent this year, we might be able to do something this year, but next year it’s going to be a challenge.”