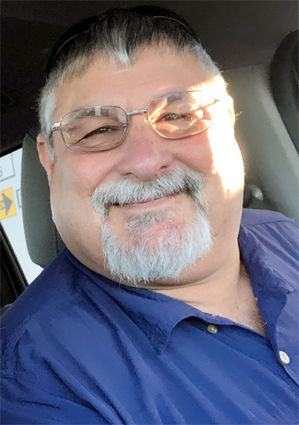 After six years on the City of Bridge City’s buildings and standards committee, Danny Harrington let it be known around City Hall that he would welcome a new challenge.

“I told them if they had a position with a little more involved, I might be interested,” he said, “but I never thought it would be on the city council.

“I’m honored and thankful they chose me for this honor.”

Mayor David Rutledge said “several people expressed interest” in the week-old opening and “a majority of the council voted for him.”

Harrington, 60, a machinist at Firestone, was named Monday night to fill out the remainder of Eric Andrus’ term as Place 4 city council member.

Andrus announced his resignation Tuesday, July 2, because his new house is outside city boundaries.

Harrington said, “I plan to run next year, but first, let me get my feet wet and see how this works out.”

Replacing Andrus could be just the first of a couple of changes in the city council lineup at Bridge City.

Former mayor and current council member Kirk Roccaforte has expressed interest in an appointment as Orange County Commissioner Precinct 3, a nod that could come as soon as Wednesday’s county meeting.

On Tuesday, July 2, both County Judge Carl Thibodeaux and Precinct 3 Commissioner John Gothia, who represents the south end of the county including Bridge City, resigned.

Gothia was required to step down as commissioner before he could be named Thibodeaux’s successor, which he said was his desire.

Rutledge said Tuesday night he “would not speculate” about the council’s move if Roccaforte was appointed as county commissioner.

“If I get named as Commissioner Gothia’s replacement,” Roccaforte said, “then I will turn in my resignation at the end of this week and they’ll probably accept it Tuesday.”

Rutledge said, “We’ll cross that bridge when we come to it.”

Harrington and his wife Agnes have six children and seven grandchildren.

He is a longtime official with Little League Baseball in Bridge City and is working on the district and state level for Little League now.

“I think serving like this [on city council] is what I want to do,” Harrington said. “I’m proud of where I live and I want to see it grow.”