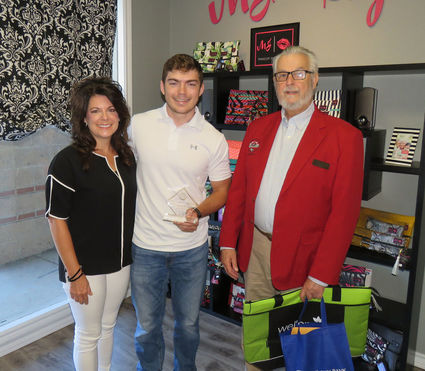 The Bridge City Chamber of Commerce has announced that Seth Martin, of Brick Oven Pizza, has been named July Employee of the Month. Seth accepted his award from Lifetime Ambassador Dave Derosier, owner of OhainWEB.com, at the chamber’s July Networking Coffee hosted by Merle Norman and Milli Kids Boutique.

Seth is a 2017 graduate of Bridge City High School. He is currently a sophomore at Lamar University where he is majoring in Mathematics and Electrical Engineering.