Kirk Roccaforte, who led Bridge City as mayor through recovery from the September 2008 devastation of Hurricane Ike, was named Precinct 3 Commissioner for Orange County at Wednesday’s weekly meeting of the Commissioners’ Court.

He will serve the remainder of a term begun by John Gothia, which runs through the end of next year.

Gothia resigned a week ago to be eligible for the county judge’s job after County Judge Carl Thibodeaux opened last week’s meeting by resigning the county’s top job.

Even though he handed in his resignation a week earlier, Thibodeaux was still required by Texas law to appoint the commissioner’s replacement.

Then the commissioners accepted Thibodeaux’s resignation.

Roccaforte will be sworn into office Thursday at 6:30 p.m. at the Commissioners' Courtroom.

After commissioners approve his performance bond at next week’s meeting, they will name the new county judge – Gothia or someone else. 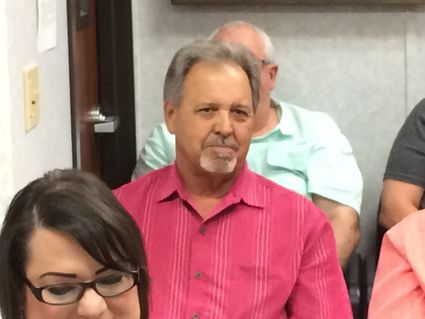 He has been a fixture at Bridge City Hall for 25 years. He was originally appointed to city council in 1994. He served 11 of the next 12 years as councilman before serving from 2006-2016 as mayor, after which he was elected again to city council.

"I'm excited for him and wish the best for him," said BC council member Lucy Fields, who was joined by fellow council member Terri Gauthier and BC mayor David Rutledge at Wednesday's court meeting.