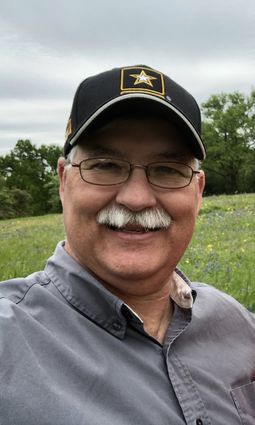 A memorial service honoring Randy will be at 1:00 p.m., Friday, July 12, with visitation starting at noon, at Claybar Funeral Home at 504 N. 5th St. in Orange. Family and friends are asked and encouraged to share their fondest memories of Randy.

Born in Victoria, Texas on July 5, 1961, Randy graduated from Little Cypress-Mauriceville High School in 1979, and held an Associate Degree in Mechanical Drafting from Lamar State College Orange. He was a proud member of the 118th MP Co Airborne at Fort Bragg, NC and served as a military policeman from 1983 to 1986. He enjoyed going to military reunions the past few years and reconnecting with his 118th friends. He was already looking forward to the next reunion. He was employed as a Board Operator at Invista Orange.

Randy enjoyed fresh and salt water fishing, boating, golfing, and cooking. He loved watching various cooking shows and was a proficient amateur chef. He once took a kitchen knife skills class and ended up assisting the teacher. He was very good at repairing fishing reels and talked of opening a repair shop one day. Randy loved watching and armchair coaching the Dallas Cowboys and the Houston Astros. He often said if Jason Garrett listened to him, the Cowboys would have won more. He also loved old movies, especially those starring John Wayne. He enjoyed taking road trips near and far with his wife, Lauree, and was considered the Chief Selfie Taker on their various adventures.

Randy never met a stranger. He could and did talk to everyone he encountered and could not pass a baby without making faces and baby talk. He could not pass someone in trouble without trying to help, often helping people with flats on the side of the road, or even helping strangers load their stuff outside of various stores.

Randy was very proud of his children and considered his wife his best friend. As much as he loved being a husband and father, though, becoming Grandpa to Allie was his greatest joy. He could always be counted on for a game or cuddle or a “Hoo Hoo” (Yoo Hoo). He was looking forward to the birth of his grandson and being a grandpa again.

He is survived by his wife of 35 years, Lauree Matkin Kolar, and credited Benny Winder, his best friend since childhood, for introducing them.

He is also survived by multiple nieces, nephews, and honorary sons and daughters whom he loved to tease (or torment depending on who you asked).

He will be greatly missed by all who knew and loved him.