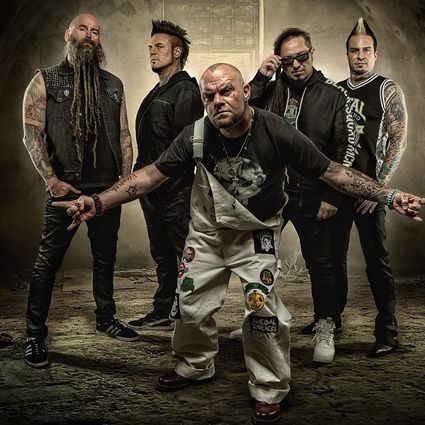 Five Finger Death Punch will perform inside Ford Park Arena in Beaumont on Sunday, Nov. 10 with special guests Three Days Grace, Bad Wolves and Fire From The Gods. Tickets are $39.50, $59.50 and $79.50 with the floor seating being general admission standing room only and go on sale at 10 a.m., Friday, July 26. Presales are already taking place.

Formed in Las Vegas in 2005, Five Finger Death Punch is touring in support of its May 2018 release, “And Justice for None,” which peaked at number four on the U.S Billboard Top 200 albums chart.

The group, which last performed in Beaumont in July of 2012 as part of the Trespass America Festival, is known for its hard rock music, energetic live shows and dedicated fans. The band is also known for its penchant for covering well known songs as “Bad Company,” “Blue on Black,” “House of the Rising Sun,” and “Mama Said Knock You Out.,”

The doors for this event open 5:30 p.m. on Sunday, Nov. 10 with the show starting at 6:30 p.m. Visit www.FordPark.com for more information on this and other events at the complex.