Retirement adds up for math teacher

She was born in the Show Me state but for more than 40 years Susan Kazmar showed her math skills to Orange school students.

“I was always good at math,” said the veteran of 45 years in classrooms from Columbia, Missouri to Orangefield.

“It’s where I made my very best grades.”

Kazmar’s love for and skills for teaching math made her one of Orange County’s top teachers for more than four decades.

But she says she’s retired for good this time.

“I really am through,” she said in an interview Monday, a couple of days before classes began in West Orange-Cove schools, where she did most of her teaching.

When Kazmar thinks back on her teaching career, one of the things she remembers most is tutoring Earl Thomas for a second try at the SAT test.

“He would come to my office once a day or maybe more,” she said.

Thomas, best known around here as a former Mustang All-Stater, an All-American football player at the University of Texas and an All-Pro NFL safety, did so well after working with Kazmar, “they wouldn’t take it,” she said of the College Board.

But Kazmar’s appeal to the SAT people worked. Thomas was on to college.

And he didn’t forget the help she’d provided.

“His mother called and invited me to his 21st birthday party,” Kazmar said. “We’ve stayed in touch.”

She shows off a photo of she and her husband Joe visiting with Thomas after a 2014 game in Seattle, a trip Thomas arranged.

But just as quickly, Kazmar pulls out a shoebox full of home made thank-you cards from former students and their families.

One she shows is from a grandmother that had two generations taught by Kazmar.

“I had some good kids all along,” she said. “And I didn’t always teach honors classes.”

“I took math all four years of high school,” she said, “because I had a very good teacher – a woman named Estes Crutcher.

“We all called her ‘Granny Crutcher.’ She was amazing,” Kazmar said.

Amazing was Kazmar’s ability to teach. When tasked with a group of remedial students, she used “math blocks” to teach the concepts.

She taught for more than a quarter of a century for Orange schools, then retired from teaching for the first time in 2002.

Then she took a year off and taught another decade or so in Orange – five years as “math coach” – then another five or so in Orangefield and back to finish up last year at WO-S.

After starting as a junior high teacher in Grandview, Missouri, she moved to teach geometry during years 2 and 3 at Columbia’s Hickman High School. 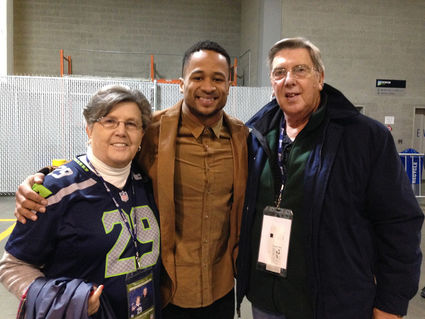 “It was one of the top high schools in the nation,” Kazmar recalls. “It was a great school.”

She moved with her first husband to Orange in 1966 and was a stay-at-home mom for about a decade.

She went back to the classroom at Stark High School in 1976, a year before the merger between Stark and West Orange.