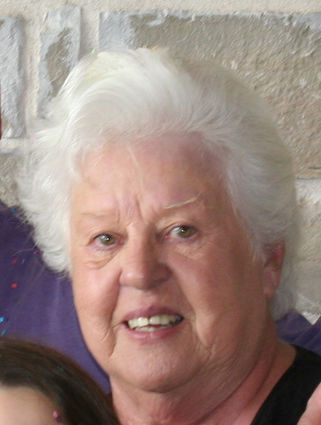 Patricia “Pat” Mullhollan Payne born in Orange, Texas, was one of four children born to Stewart

Warren Mulhollan and Essie (Duchamp) Mulhollan. Pat had a long and happy life. Pat met her

husband, Richard Payne while in High School. They were married on September 12, 1959 and

would be celebrating sixty years of marriage. The couple had two sons whom they raised in

Bridge City. Pat and Richard moved to Horseshoe Bay, Texas in 2005, to be closer to their son,

daughter in law and grandchildren. Mrs. Payne is survived by her husband, Richard Payne of

Horseshoe Bay, son and daughter in law, Michael and Laura Payne of Austin, Texas. She is

survived by her granddaughter, Juliane Payne and grandson Alexander Payne. She was

preceded in death by her parents, Stewart and Essie Mulhollan; and her son, Richard “Ricky”

Payne, Jr. Pat was a faithful and devoted wife, mother and grandmother. She enjoyed nothing

more than caring for her two grandchildren. In her eyes, Juliane and Alexander were perfect and

no one could convince her otherwise. She loved celebrating holidays and was especially known

for her beautiful Christmas trees. She enjoyed cooking and gardening and was quite proficient

at both of these. She enjoyed studying her French heritage. She also enjoyed a little gambling

here and there. She will always be remembered for her devotion and dedication to her husband,

son and grandchildren with smiling memories of her life. Visitation will be from 5:00 p.m. until

Church in Bridge City, Texas. Officiating will be Father Steve Leger. Following the Mass, Pat will

be laid to rest beside her son, Ricky Payne, at Autumn Oaks Memorial Park in Orange, Texas.