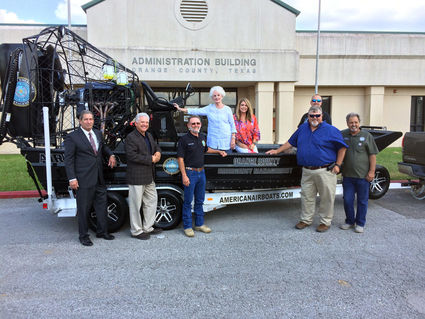 A short-handed Sheriff’s Office is costing Orange County $43,000 and a lot of budget shuffles.

“We have been short as many as nine in the jail, based on our jail population,” Merritt said.

In earlier court meetings, the sheriff explained how the Orange County Jail will hold as many as 300 prisoners but is holding about 50 more than its usual 165 prisoners in recent months.

The higher the jail population, the more jailers are required by law.

The sheriff said his deputies have responded to the shortages by working overtime.

He appeared in court with two agenda items, a line item transfer to put $62,000 in his overtime budget for Patrol Division, and another to transfer $113,000 from Jail Division regular salaries to overtime.

Merritt asked for and received permission to swap money from five Patrol Division accounts to pay Patrol’s overtime. But he also needed $43,000 from the county’s unassigned “Contingency” budget.

That represents new money going into the Sheriff’s budgets to make it to the end of the current fiscal year Sept. 30.

More than half of the action items – 11 of 20 -- on Tuesday’s agenda were line-item transfers.

Only one other involved tapping Contingency funds and that was a $235,000 request from the County Auditor that was lumped with nine other assigned funds transfers for a total of nearly three-quarters of $1 million to use to pay for $60,000 of employee benefits, $50,000 of tax collection costs and $620,000 in fees owed to the state.

That item was greeted by questions from the commissioners and tabled.

Commissioners agreed to let the Emergency Management and Convention & Expo Center jointly purchase a $100,000 storage building to be located behind the Expo Center.

The funds came entirely from each department’s budget.