Sophomore Jayson Zeigler runs through the Nederland defense on the last series of the game. Zeigler finished the game with 8 carries for 49 yards.

West Orange-Stark, Orangefield and Little Cypress-Mauriceville came away with the best results possible after taking their season-opening games by winning margins to start the 2019 high school football season on a positive note. As for Bridge City and Orange Community Christian, both showed signs of not being too far from the win column as they enter the second week of the season.

The Mustangs, now 1-0, opened up a 14-0 lead over the Dogs with Jason Ziegler drawing first blood with a 19-yard touchdown run, capping a 68-yard offensive push. Proving they can do it from the air just as easily, the Mustangs added seven points on a 17 yard TD pass from Jerren Terrell to Shemar Manaway for the 14-0 advantage.

Nederland managed to sneak in a score before the end of the first half when Josh Mayzck picked up a loose Mustangs possession, returning the fumble 39 yards for a 14-7 halftime mark.

Nederland took advantage of another Mustang fumble in the third quarter, capping the drive with a 5-yard TD pass from Bryce McMorris to Kade Scott. A two-point conversion fell short and the Bulldogs trailed 14-13.

The Bulldogs took their first lead of the night when Scott crossed over from a yard out for a 20-14 lead late.

The Mustangs, in true championship form, came storming back with running back Elijah Gales scoring from the 16. With the extra point kick, WO-S had its 21-20 victory.

Terrell finished 10 of 13 passing for 108 yards and a score while Gales had 116 yards and TD on the ground.

The Mustangs play host to the Little Cypress-Mauriceville Bears this Friday night in a cross-county rivalry showdown.

The Little Cypress-Mauriceville Bears showed they were ready to play after rolling past the Woodville Eagles 21-7 in the non-conference season-opener on Friday night in Little Cypress.

Defense was the key for the Bears as they limited the Eagles to just 224 total yards. Woodville’s top rusher, who had over 1,000 yards a year ago, was held to 48 yards on 18 carries against the Bears’ defense.

The Bears opened scoring with a 31-yard touchdown pass from Ethan McCollum to Seth Carpenter early in the second quarter. Carpenter finished the night with 59 yards on three catches.

Brandon Bearden pushed the Bears to a 14-0 lead with a 10-yard touchdown scamper late in the second quarter. Bearden finished with 58 yards on 14 carries.

McCollum put the icing on the cake late in the fourth quarter when he took off on a 50-yard touchdown run for the Bears’ 21-7 final margin.

The Bears travel across Orange County to take on the West Orange-Stark Mustangs this Friday in another non-conference showdown.

Bridge City struggled to find the end zone in their season opener against Diboll, falling 27-7 at home this past Friday night.

The Cardinals, 0-1, managed a late touchdown when a 30-yard touchdown pass from Ethan Ocegueara to Blake Moore accounted for BC’s lone score in the fourth quarter.

The Cardinals now face Jasper in Bridge City with this being the Bulldogs’ first game of the season.

There was no mercy served in the season-opener for the Orangefield Bobcats as they dominated Houston KIPP Generations 58-0 this past Friday night.

The Bobcats scored on their first offensive play from scrimmage as Chase Broussard ran 53 yards for a touchdown, starting a long night for KIPP Generations.

Ultimately, eight different Bobcats would score in this one, with Cade Brown scoring on a 20-yard run for a 13-0 lead. Hunter Ashworth was next to cross the goal line, getting in from 20 yards out, then Heston Puckett followed suit with a 28-yard run for a score.

Kaiden Evans added his name to the scoring line with a 39-yard touchdown run in the third quarter with Dwight Davis going 39 yards for a TD and a 55-0 Orangefield lead.

The Bobcats will host the 1-0 Livingston Lions this Friday. 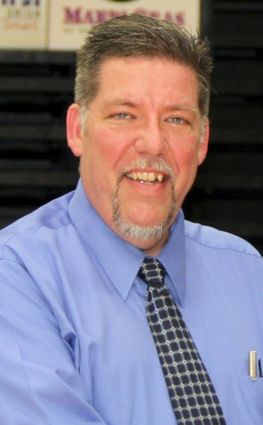 The Lions were led by junior quarterback James Menard who scored six rushing touchdowns while running for five more in the loss.

Levi Rogers added two receiving touchdowns on offense while coming up with a fumble recovery on defense for OCC.

The Lions will play their homecoming game against Sanchez this Friday at 5:30 p.m.