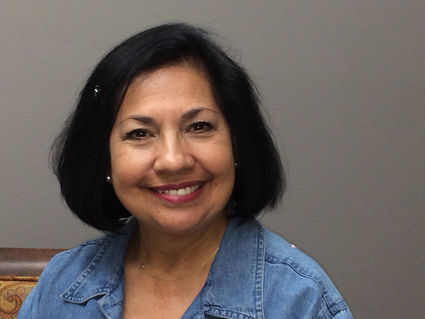 Photo: Juliet Smith of Orange, who has been involved with the National Alliance on Mental Illness for many years, is bringing the NAMI Golden Triangle chapter to Orange.

She knows what it’s like to have questions and now that she’s got some answers, Juliet Smith is ready to share.

“It was formed by a few mothers sitting around trying to figure out what to do, and now NAMI has grown into a huge organization,” said Smith, who was one such mother.

The website at NAMI.org says the organization has grown since its founding in 1979 to include more than 500 local affiliates to raise awareness and build better lives for the millions of Americans affected by mental illness.

But the local group is ready for new leadership and Smith has volunteered to use her hard-won experience and host meetings at the community room at Putnam Place, 310 N. 37th St., Orange.

“Because I have been active in NAMI I was contacted by the NAMI state office to see if I could revive the Golden Triangle chapter,” Smith said.

“I’m going to need a lot of help from the community. We are looking for people in Orange County who are caretakers of someone with mental illness.”

The Putnam Place apartment complex that Smith helped create is an independent-living development for those suffering from chronic mental illnesses.

NAMI is a volunteer-run non-profit and its classes and other activities are provided free of charge.

In October, NAMI Golden Triangle will begin a free, once-a-week, eight-week Peer-to-Peer recovery education course open to any person with a mental health condition who wishes to live well in their recovery.

The course offers a comprehensive understanding of mental health conditions with topics ranging from Stigma to Relapse Prevention to Advocacy and much more.

Smith has also scheduled a January start for a 10-week, Family-to-Family education program.

“The Family-to-Family education course is a fantastic source of information,” Smith said. “The hallmark of NAMI’s support groups is leveraging the knowledge and support of others.”

Smith has been active in NAMI for years, beginning when her son was first diagnosed with mental illness.

“We didn’t know what it was,” she said. “It was a long journey. For years, his life was not normal.

“That’s what led me and my husband to learn about mental illness. NAMI was a lifesaver for me.”