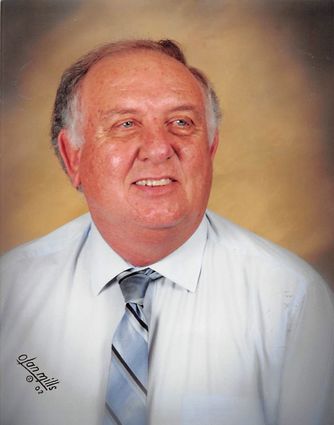 Born in Port Arthur, Texas, on August 4, 1941, he was the son of Jess Rubert Harrington and Lillie Madie (Brannon) Harrington. John graduated from Bridge City High School and Lamar University. He had a Master’s Degree in Safety Ergonomics. He retired from BASF in 1997 after many years of loyal service. John was a member of St. Paul United Methodist Church since August 1951. He attended The Emmaus Walk #9 and was a Lay Director on Walk #54.

He built the first house that him and his wife, Faye, lived in.

John loved to invest in people with his time, prayers, and money.

He also loved music and going to Christian concerts.

For a few years he was the booking agent for the Countrymen Gospel Quartet, and he was able to travel with them on a couple of their long trips.

He coached and touched many people’s lives.

Many of those individuals grew up to continue his legacy.

He enjoyed being an entrepreneur. John once bought metal buildings with missing parts and put them together and sold them; he loved growing fruit trees and harvesting the fruit to make jelly; he bought fixer upper houses, remodeling them, and renting them.

He was preceded in death by his parents, Rubert and Madie Harrington; his brother, Jes Harrington; and his sister, Jenny Montgomery.

In lieu of flowers, memorial contributions can be made to St. Paul United Methodist Church, 1155 West Roundbunch, Bridge City, Texas 77611.