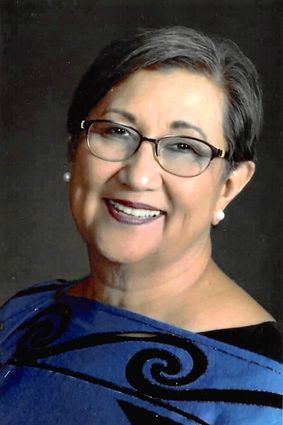 A Mass of Christian Burial will be held at 10:00 a.m., Saturday, September 28, 2019, at St. Helen Catholic Church in Orangefield, Texas. Officiating will be Father Michael Strother. Burial will follow at Oak Bluff Cemetery in Port Neches, Texas.

Visitation will be from 5:00 p.m. to 7:00 pm., Friday, September 27, 2019, at Claybar Funeral Home in Bridge City. Family and friends will be sharing their beloved memories of Chris beginning at 7:00 p.m. and a recitation of the Rosary will follow.

Born in Port Arthur, Texas, on November 4, 1947, she was the daughter of Epigmeñio Arredondo and Zoila (Trevino) Arredondo.

Chris received her Bachelor’s Degree and Masters in Education from Lamar University.

She retired from teaching first grade at Orangefield Elementary after 32 years.

Chris was so passionate about teaching that she began substituting in the Orangefield Independent School District following her retirement.

She was a faithful member of St. Helen Catholic Church in Orangefield.

Chris sat on the Board of the Mexican Heritage Society in Port Arthur, and was currently serving as the Second Vice President.

She was an amazing wife, mother, and MawMaw, who was known as the matriarch of her family.

Chris treasured traveling to California to visit her daughter and grandsons.

She also loved doing pageant activities with her granddaughters.

Chris never missed any of her grandchildren’s special events.

She was the eldest of six sisters, who were a huge part of her life.

She considered them her support group.

She had recently taken up bowling as a hobby and began playing with the Alley Oops.

Chris was a bright light in her family and friends’ lives and she will be missed by all.

She was preceded in death by her parents, Epigmeñio and Zoila Arredondo.

She is survived by her loving husband of 51 years, Gerald DeLeon of Orangefield; her children, Christy Roland and husband Rob of San Ramon, California, and Kevin DeLeon and wife Amee of Port Acres; her grandchildren, Ashley DeLeon, Austin Roland, Kursten DeLeon, and Riley Roland; and her sisters, Brenda Badger and husband Sam, Annette Calcote and husband Jerry, Dolores McLin and husband Lloyd, Eva Theriot and husband Danny, and Zita Downs and husband Mike.