Photo: Athanase “Junior” Benoit has struggled lately to complete simple tasks because he lacks both official government ID and a birth certificate. But he’s hoping to solve that. RECORD Photo: Dave Rogers

Catch-22 was a Joseph Heller novel written about flyers in World War II dealing with a no-win bureaucracy.

Piloting an airplane is about the only thing Athanase “Junior” Benoit didn’t do for his country while serving in the Navy, Air Force, Army and Merchant Marines for 10 years in World War II, Korea and the Cold War.

The state says he needs a birth certificate to get the ID.

The 16th of 17 Benoit siblings born at home in the Louisiana town of Gueydan in 1929, Junior has never had a birth certificate.

And Louisiana officials first told him he can’t get a birth certificate without a valid ID.

Benoit’s problem, which has been unsolved for about 90 days since he discovered it, is not completely unique.

A recent change in Texas law has required a birth certificate to get either a DL or an ID. The same goes for passports.

“This law was passed after 9-11,” State Rep. Dade Phelan explained last week. “A federal statute passed about a decade ago that gave us plenty of time but DPS is just now conforming their laws to federal law.”

A story in a recent Dallas Morning News focused on another World War II veteran having the same ID problem, because he was born in Louisiana without a birth certificate.

Benoit is one of at least two 90-year-plus Orange County veterans lacking current IDs because they don’t have birth certificates from Louisiana to help them.

“I know some elderly people don’t have birth certificates,” Phelan said. “We’ve got to get the federal government to change their minds, or make some exceptions.

“We don’t have probably many 98-year-old terrorists out there.”

For his birthday in June, Benoit received a gift of a pair of pants. They turned out to be too big.

When he tried to swap them for another pair at the Bridge City Walmart, he ran into a problem.

A big problem as it turns out.

“I didn’t think it would be so hard to take back a pair of pants,” he said.

He said the clerk told him he could not complete the transaction unless he had a debit card.

A family member handles his finances but Benoit turned to a friend to drive him to his bank.

He was asked for his drivers license and confessed he didn’t have one since he no longer drives. Retired for decades, he has no other photo ID.

On a second trip to the bank he’s done business with for decades, he brought his expired drivers’ license bearing a photo ID but was told that wasn’t enough to let him cash a pension check.

A stop to check into getting a state ID card at the Department of Public Safety office on Highway 87 educated him on the need for a birth certificate.

A call to Baton Rouge told him he needed an ID to get a copy of his birth certificate.

Mark Hammer, Orange County’s veteran service officer, located Benoit’s discharge papers from both the Air Force and the Army and a trip to the Sulphur, Louisiana, records office followed.

A woman there told Benoit she’d give him a copy of his birth certificate for $34. But after a half hour, she told him that the state of Louisiana had no record of his birth and he’d have to contact New Orleans.

But a later call to the Louisiana State Archives in Baton Rouge reached a man who suggested he check with the Catholic Diocese for baptism records.

The Diocese sent him to St. Peter Catholic Church in Gueydan.

A phone call did the work and the baptismal record is in the mail.

In the meantime, Benoit received a replacement for his Social Security card, which again he hadn’t seen in years.

But maybe Junior is off the merry-go-round that is Catch-22.

A dictionary definition of Catch-22 is a difficult situation for which there is no escape because of mutually conflicting conditions.

In Heller’s book Catch-22 was the fact that, with Allied bombers getting shot down by the Nazis at a staggering rate, the only way a crewman could get out of flying was to, in effect, be declared crazy.

And anyone who argued they were crazy, couldn’t be. The ones who were crazy were those who wanted to fly.

As Benoit watches his mailbox, he also steels himself for what is bound to be a lengthy day at the DPS office.

Lines reaching outside the building are not unusual at the Orange office.

Phelan hopes he has some help down the line. 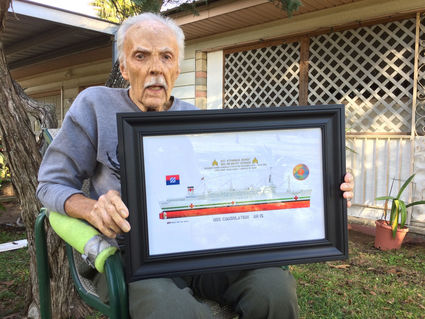 The Beaumont Republican said in this spring’s session of the Legislature he passed a bill to appropriate $200 million “to push those lines down.”

And he wants to get the word out that “80 percent of the folks who show up at DPS can take care of their business on line.”

Phelan said plans are in the works to replace the current Orange DPS office via a land switch with Chevron Phillips Chemical, which wants the land along Highway 87 as part of a possible $8 billion ethylene plant.

“DPS is not allowed by statute to sell property, but Chevron Phillips is going to build them a brand new building with more capacity in a new location, closer to FM 1442, near the Expo Center.”