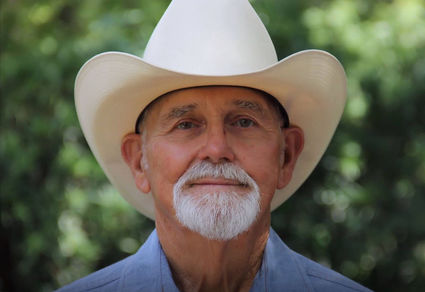 Thomas Casey Hare, 83 Orange, died on October 2, 2019 surrounded by his family, on the same land on which he entered the world. Tom, or Mick as he was known by his close friends, was born July 9, 1936 to Henry and Elizabeth “Easter” Hare, the 12th of 14 siblings.

After graduating Stark High School, Tom was given the opportunity to play for The Detroit Tigers farm team but turned down the offer to work at Texaco, where he was a dedicated employee for 40 years. Tom’s passion for baseball continued however, and while he loved watching the Astros, their games never offered as much joy as he felt watching his great grandson play.

Family meant everything to him, and his love was always unconditional. His grandchildren and great-grandchildren were the joy of his life and he never missed the opportunity to play his guitar for them and teach them old songs, such as “Skyball Paint” or “Strawberry Roan.” He spent many hours on the porch drinking coffee, visiting with friends and family or simply reading his Bible.

As an avid outdoorsman, Tom was an active hunter and enjoyed many trips with lifelong friend and rodeo partner, Jimmy Bond, their sons, and later with his grandson and great-grandson; he also treasured his fishing trips with his nephews, Jimmy, J.R., and Buddy.

In addition to farming and gardening, throughout his life Tom accumulated a wealth of knowledge about cattle farming and was known to happily share his experience and expertise with the farming community. He served as a 4-H leader, member of Go-Texan committee, as well as on the Mosquito and Optimist Village board.

Tom was long-time member, teacher, and deacon at MacArthur Heights Baptist Church. He loved the Lord and his church family. A strong but humble man, he found strength and wisdom from God's word and lived his life by a code of honor which allowed for little moral uncertainty. Tom loved unconditionally, and in turn, was respected and loved by many.

God's word says to be absent from the body is to be present with the Lord. No doubt God has welcomed Tom into His Kingdom and said, “well done my good and faithful servant.”

Visitation to be held at Claybar Funeral Home in Orange on Friday, October 4, 2019, 5:00 pm – 9:00 pm. Funeral Services held at MacArthur Heights Baptist Church on Saturday, October 5, 2019 at 10:00 a.m. Burial will follow the service at Wilkinson Cemetery, in Orange.