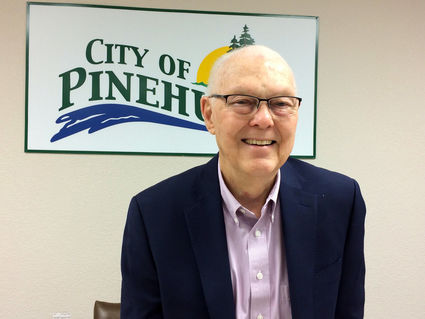 Mohon had been serving as Pinehurst’s Mayor Pro-Tem and had filled in for an absent Runnels most of the summer.

“Well, Pinehurst may be a small city, but we try to make it the best we can,” Mohon said. “I feel honored the council appointed but I look forward to serving.”

The mayor’s office will be on the ballot in May’s city election.

“I told somebody ‘Let’s wait until we get there,’ but I would certainly consider it,” he said.

In other action Tuesday night, council voted to move its Senior Citizens Picnic from Labor Day to the second Saturday of November, beginning 2020.

Mohon, in his fifth decade as a Lions Club member, announced the Lions Carnival was reset for Oct. 16-19 and Oct. 23-26 at Lions Den Park.