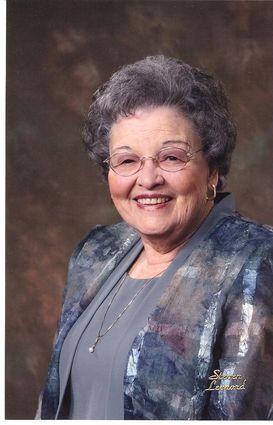 Eloise Thompson began her life’s journey on December 18, 1919, born in Merryville, Louisiana and left this world to be present with her Lord on October 8, 2019 at the age of 99 in Katy, Texas.

She was the oldest of five children born to Johnnie and Virgie Marze.

She graduated high school from Merryville High School and soon after, she married the love of her life, Basile Thompson.

She was a charter member of Canaan Primitive Baptist Church in Orange.

Eloise worked for the West Orange-Cove ISD for 37 years.

She is also survived by special caregiver and friend, Karla Montana and her husband Jesse; special friends, Brenda and Charlie Blohm; numerous nieces and nephews, friends from Orange, as well as her special friends and caregivers from Atria Cinco Ranch, Katy, Texas.

We would like to say a special thank you to the hospice caregivers from Amed.

Burial will follow at Cooper Cemetery, Merryville, Louisiana, at 3:30 p.m.