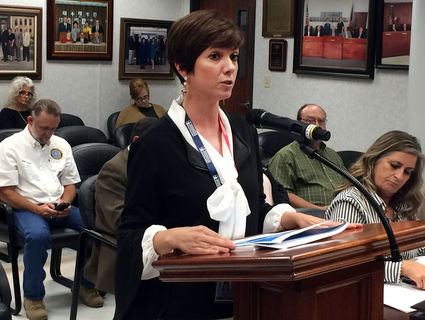 The Orange County Commissioners’ Court has officially cut the cord.

After FEMA, the Federal Emergency Management Administration, served notice to all Southeast Texas governments that Washington didn’t think Tropical Storm Imelda did enough damage to warrant its assistance, commissioners vowed to move on without the Feds.

“It does not look like we’re going to get [FEMA] Public Assistance, but there’s an appeal being put together right now,” Orange County Judge John Gothia said.

Joel Ardoin, county emergency management coordinator, said without the use of FEMA contractors, it would take about 25 days to complete debris pickup.

FEMA has granted Individual Assistance for homeowners who were flooded and meet other requirements. The County Expo Center is taking FEMA individual registrations currently.

But this county, as well as neighboring governments in Jefferson, Harris, Chambers and Hardin Counties, were seeking FEMA reimbursements for storm debris pickup and damage to county and municipal properties.

The threshold of $37-plus million dollars in uninsured damage has not approved by Washington.

Of course, the federal government – and especially FEMA – is known for its delays. At Monday night’s drainage meeting in Orangefield, State Rep. Dade Phelan, R-Beaumont, talked about a mid-2020 timetable for FEMA to pay for some 2015 storm damage in the state.

“The state can move much more quickly,” he said, urging everyone to vote for Proposition 8 in the Nov. 5 constitutional amendment election.

The proposition will ensure that $800 million in funding from the state’s Rainy Day Fund will be used in a Flood Infrastructure Fund that can’t be raided for purposes other than flood prevention and recovery.

Commissioners approved the county maintenance department going ahead to salvage the former Vidor WIC building and a couple of main structures at Claiborne West Park.

“Let’s not wait on FEMA,” Commissioner Johnny Trahan said, referring to projects that have been needing attention since Tropical Storm Harvey in 2017.

In other county business, Sam Carpenter, Jr. filed with Elections Administration to run in the 2020 election for Constable, Precinct 3, against Bridge City policeman Brad Frye.

County attorney John Kimbrough and Karen Fisher, tax assessor-collector, have filed for reelection, and Gothia has filed to run to keep his county judge seat.

Johnny Trahan, Commissioner, Precinct 1, said he intends to file for re-election but has not registered with the Election Administration Office as of Tuesday.