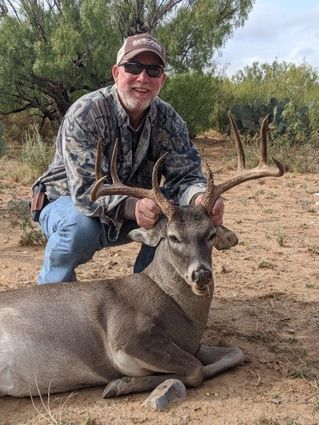 A steady stream of boats, hunters, and dogs crowded the local launches Saturday morning as the Louisiana duck season officially opened while Texas hunters enjoyed their second weekend of the season.

Adams bayou, the Vinton Drain ditch, Cow Bayou, Hiway 73 and Hiway 82 towards Holly Beach looked like a parade route as local hunters descended on the marshes in anticipation of legal shooting light and the first flight of ducks.

As expected it was a very hit and miss proposition to say the least.

The current state of the marsh is very different than in normal years due to the increased levels of freshwater that was courtesy of Imelda and Toledo Bend overflow.

Wet conditions have kept freshwater dependent vegetation growing wild and that has definitely altered the plans of many hunters.

Ponds and flats that have historically been magnets for ducks have seen very few birds come into the area and stay as the ultra abundant food sources have ducks spread out all over creation.

Now if you are fortunate enough to have available food sources like some local hunters then it’s just a matter of time before you have birds.

The reports from the Louisiana opener proved that theory out in a big way.

Hunters that were much deeper in the marsh and affected less by the saltwater and freshwater ratios had great numbers of birds and outstanding hunts.

The hunters closer to the rivers and bayous struggled somewhat but did manage to take a few birds.

Teal and Gadwall made up the majority of the ducks taken for most hunters while a few were fortunate enough to take pintail, widgeon, and even a few mallards.

The big surge of hunting pressure certainly changed the way the birds worked but look for that to settle down as the season continues and the number of hunters gets back to a normal level.

One thing that every hunter has enjoyed so far have been near ideal weather conditions as we have had some great cold fronts already make their presence known. It was fantastic in the marsh as the colder temps and consistent winds kept the mosquitoes away and certainly slowed down the movement of the alligators and the dreaded snakes. If the first half of November is any indication of the weeks ahead we may finally get to use a bunch of those heavy camo clothes that occupy space year round in our closets. The current artic blast we are feeling has bolstered numbers of ducks and geese in our area as well as kick started deer movement all over the state.

One local hunter who took advantage of the recent increased deer activity was Tony Dallas of Orange. Tony made a trip to south Texas where he took an amazing 150 plus inch whitetail while hunting down in Webb county, a known spot that produces some of the best deer in Texas. Dallas said the recent front hit and it was “like a light switch turned on” as deer began to feed heavily and become much more active. Dallas’ buck sported a ridiculously wide 22 inch inside spread and some gorgeous tine lengths throughout the entire rack. Truly a buck any hunter would be proud to take.

Hopefully the consistent weather and great conditions hold out as we all eye up the holiday season and increased opportunity to get outdoors. Things look really good right now for local hunters and all I can say is “it’s about time”.