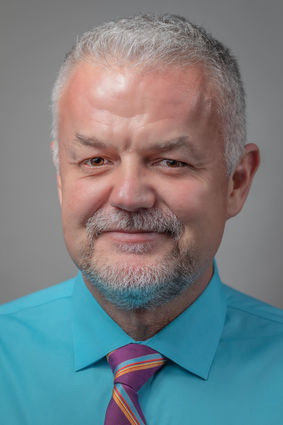 The line is forming for folks seeking to take over the Orange County Sheriff Office in the wake of Keith Merritt’s announced 2020 retirement.

Robert Strause, a former Precinct 2 constable and current Lieutenant in the Sheriff’s Special Services division, wants to put his 25 years of law enforcement experience to work targeting street level criminals to reduce the amount of drugs, thefts and property crimes.

“I think a more proactive approach to policing is needed,” Straus said in a Thursday interview with The Record Newspapers.

“I see a lot on Facebook and other social media about crimes caused by drug use. I think there should be special units created just to handle things that go on on the street like auto burglary and theft.”

Strause is the first candidate for sheriff to officially announce his intention to run. He filed papers to name a campaign treasurer with the county Tuesday but later that day told a Record reporter, he wasn’t sure he’d follow through with a run.

Thursday that changed as he emailed an announcement to all local media outlets.

Strause is expected to face opposition in the Republican primary in March from Precinct 4 Constable Lane Mooney. Texas law forbids a serving constable for announcing a higher office with more than 13 months left on his current term.

Strause said the Special Services division is charged with fighting the spread of illegal narcotics and vice in the county.

His experience in that regard has put him on many regional, state and federal crime task forces during his career.

He graduated second in his class from the Lamar Regional Police Academy, is certified a Master Peace Officer by the Texas Commission on Law Enforcement and has taken part in more that 2,000 hours of training with emphasis on investigations and narcotics, according to the resume he provided.

Strause, father of a 15-year-old who attends Orangefield High School and a regular at Bridge Point Fellowship Church in Bridge City, says he will use his experience in supervision and budgeting to leverage well-developed working relationships with local, state and federal law enforcement agencies.

“I have been successfully working county wide and pledge my continued dedication to all citizens and areas of Orange County,” he said.