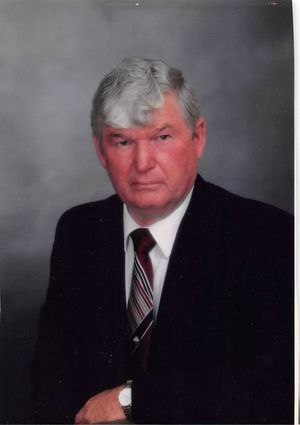 Born in Dallas, Texas, on May 6, 1928, he was the son of Burlin Daniel Brewer and Marguerite Cleo (Anderson) Brewer.

James proudly and honorably served his country in the Army during WWII and also in the Navy as a Seabee.

He was a very patriotic man and continued serving his country with the National Guard and Army Reserve until retirement.

James retired as an electrical supervisor for Bayer and previously worked for Dupont in Orange.

He coached youth baseball for many years.

James was a life member and past Post Commander of the local VFW Post 2775 and also served as a District Commander for the VFW. He was also a long time member of the American Legion Lloyd Grubbs Post 49 of Orange, Bridge City Masonic Lodge # 1395, and El Mina Shriners.

James loved to garden and spend time with his family whom he adored.

James will be missed dearly by all who knew and loved him.

He was preceded in death by his parents, Burlin and Marguerite Brewer; brothers, Glenn J. Brewer and Bedford Lee Brewer.

Funeral arrangements are pending with Claybar Funeral Home in Orange. For service details, please call the funeral home at 409.886.4445 or visit www.claybarfuneralhome.com.