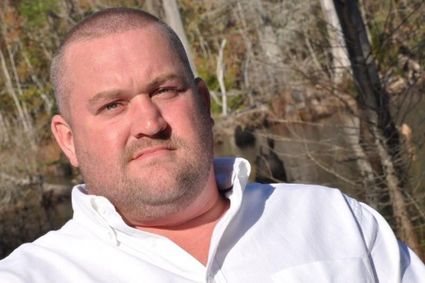 Chad Lee Coulter, 48, of Orangefield, passed away at his home on January 6, 2020, after a long and courageous battle with cancer.

A visitation will be held from 10:00 to 11:30 on Saturday, January 11 at Common Ground Community Church in Bridge City, with a Memorial service beginning at 11:30.

Chad was born in Groves, Texas, on May 20, 1971, and was a lifelong resident of Orangefield, Texas.

Chad attended Orangefield ISD, earning many accolades including All State Offensive Guard and was a member of the 1988 District Championship team.

He left for a few brief years on a football scholarship to Kilgore College, where he graduated with an Associate’s Degree, and then attended Stephen F. Austin University earning a Bachelor’s of Science in Biology and minoring in Geology.

He worked for one year at Deweyville ISD as a high school science teacher and football coach.

Then, returned to his beloved Orangefield, where he served the district as a junior high and high school science teacher, and coached at both the junior high and varsity levels; including football, basketball, powerlifting, track, and softball.

He was most proud of his two sons, Cole and Coby, instilling in them his love of sports, hunting, the Dallas Cowboys, and the Orangefield Bobcats.

He was preceded in death by his mother, Barbara Coulter.