George was named vice president of strategic partnerships at Circle Media, a new country music and lifestyle television network that launched Jan.1. She is responsible for brand partnerships, affiliate relations, public relations, marketing, special events and music industry relations. George has held executive roles at the Country Music Association and most recently at the Academy of Country Music. She has also created artist partnerships and strategies for brands such as Walmart, 7-UP and Chrysler.

“I started in July as one of the first people hired,” said George. She is very excited about how creative the new environment at the network is. “At the CMA and at the ACM, we did one or two network specials a year. Now, at Circle, we’ve launched 16 series initially and have more in development.”

What has been the biggest challenge so far in developing a new network? “I think two things,” said George. “One is the timeframe that we did it in, which was very tight. The second is once you build a network, then it’s the caring and feeding of a huge beast that devours shows 24/7/ 365.”

It was love of country music that drove her to Nashville; and her parents. She said her dad was responsible for helping her find her first job in the country music capital.

“My dad always reads the newspaper,” she said. “He and mom were helping me move to Nashville, and he saw an article about the head of PR leaving the Country Music Association. I went down and interviewed for a PR job and got it.”

Although Circle is not available in Orange County yet, it is available in 56 markets via Gray Television, as well as in markets including New York, Los Angeles, Dallas-Fort Worth, Tampa and Detroit through a separate agreement with CBS Television, ultimately reaching 50% of U.S. television households. The Nashville market will be one of several additional markets and distribution that are in the works, with more announcements to be released. Circle enjoys a partnership with Opry Entertainment Group.

“We are expanding our distribution footprint quickly, so I hope Bridge City will be getting it soon,” said George. “Until then, you can go to www.CircleAllAccess.com and put in your zip code to see if it’s there – or just ask my dad!”

When asked which of the new shows was her favorite George replied, “That’s like saying which child is your favorite! I will say that it’s wonderful to see the magic of the Opry return to television again on a weekly basis. (It was on years ago.)”

Opry Live will begin in February 2020 as a compilation of new live-recorded Grand Ole Opry performances to be released each week.

A couple of segments that previously lived as digital features on the Grand Ole Opry’s official site have been expanded as part of Circle’s programming. The Write Stuff features the songwriters behind several of country music’s recent hits, while Opry Debut takes viewers inside artists’ very first performances on the Grand Ole Opry stage.

In addition to artist-focused programming, other shows are dedicated to delving into some of country music’s most loyal fan bases (Fandom), acoustic songwriter rounds at Nashville’s Bluebird Café (Bluebird Café Sessions), and a look inside the lives of the spouses of some of country music’s most-loved artists (Better Half). Nan Kelley and husband Charlie Kelley will host Authentic America, which explores some of America’s back roads, and rural routes, spotlighting some of America’s lesser-known attractions.

The programming will also include a three hour live morning show hosted by Bill Cody. Circle aims to be a fun, encouraging experience for both fans and artists.

“The world is a divisive place, and you won’t find that here. There won’t be politics and ‘gotcha interviews,’ that kind of stuff. This is a fun, friendly place where you come to escape all that kind of stuff,” stated Drew Reifenberger, general manager of Circle Media in an earlier article before the launch.

Does she have any advice to someone from Bridge City on how to get where she is?

“I tell my kids: Find out what you really love and find a way to make money at it. If you love it, you won’t give up on the down days -- and try to err on the side of friendliness.”

“Having a career in the music business for so long and getting to share some of those experiences with my family through the years has been such a blessing. Going to Texas and partnering with the Dallas Cowboys on the world’s largest awards show in 2015 for the Academy of Country Music’s 50th anniversary on CBS was definitely a highlight,” said George when asked what she felt was her greatest achievement to date.

George lives in Nashville with her English husband of almost 24 years, John Paddison. Her son Jake and daughter Grace are grown.

“We are adjusting to being empty nesters with only a very needy Weimaraner mix pound dog and some chickens including Chatsy Kline. Jake is a junior at Belmont University in Nashville. Grace just graduated from Belmont University and has moved to London to get a master’s in entertainment law, (Thank goodness for Facetime!)” said George. “My niece Jessica is here in Nashville in the music business at the Country Music Hall of Fame, so that’s been so wonderful to have her close. And I’m hoping my nephew, David, will move here after he graduates from A&M. He’s come up and spent summers here, so it’s a little like a second home.”

“We have two kids and I’m proud of them both,” said Elaine Hearn. George has a brother, Daren, which goes by ‘TRay.’ “We’re proud of her, not just for what she’s done, but for who she is.” Hearn said George has always been generous with her accomplishments, helping the community and such.

“I’m so grateful to have grown up in Bridge City. There are good people all over the world, but some of the best live in Bridge City,” said George.

The slate of original programs at launch of Circle include:

Opry Live: Beginning in February, Opry Live is a compilation of new live-recorded Grand Ole Opry performances that will be released each week. In the Opry tradition, this show will be a mix of today’s top stars, up-and-comers and all-time greats.

Southern Weekend: Hosted by singer and musician Natalie Stovall, each episode will highlight the best in southern living by visiting all the great attractions of the South including restaurants, museums, unique stores, and music venues. Country music artists will join in along the journey and share some of their favorite places.

Backstage at the Opry: Peek behind-the-scenes of the Grand Ole Opry, alongside artists as they go from rehearsals to the stage – and everything in between.

Craig’s World: Follow Opry member and Army Veteran Craig Morgan at home and on the road as he and his tight-knit family navigate triumphs and challenges while developing businesses, writing hit songs and balancing a country music career.

Authentic America: Hosted by veteran TV host Nan Kelley and her Grammy- nominated husband Charlie Kelley, Authentic America takes viewers on a two-wheeled version of the classic American road trip by way of backroads and rural routes exploring some of the country’s best kept secrets – including lesser known attractions, off-the-beaten path eateries, and most interesting of all, the people who make America one of the most colorful and eclectic nations in the world. Guests include Blake Shelton and Alabama.

Upstream: Join Elizabeth Cook as she invites artist guests to a new fishing location each episode. While the fishing may be good, the real catch is the conversation. Early guests include Cam and Shooter Jennings.

The Write Stuff: Viewers get a peek inside the inspiration and creation of some of country music’s greatest songs. Join country music hit makers as they walk step-by-step – from the initial concept to the final chord – and share the key licks and lyrics that brought their stories to life. Episodes feature Little Big Town, Old Crow Medicine Show and Travis Tritt.

Better Half: Meet the larger-than-life spouses of some of today’s brightest stars and find out what gives them their own star power. Featured spouses include Samantha Busch (wife of NASCAR driver Kyle Busch), Kate Moore (wife of Justin Moore) and Christine Ballard (wife of Frankie Ballard).

Dailey & Vincent: Join Dailey & Vincent – the world-renowned bluegrass, country and gospel duo – as they host and perform in front of a live audience along with some notable friends like Vince Gill and the Oak Ridge Boys.

Stand Up Nashville!: Shot before a live audience at Nashville’s legendary Zanies Comedy Club, each episode of Stand Up Nashville! features a well-known comedian host as well as four up-and-coming comedians. Laugh along with a packed Zanies’ house and the most brilliant comics the South has to offer.

Family Traditions: Follow the next generation of country’s legendary families as they honor their roots while forging their own path. Episodes include Sam Williams (grandson of Hank Williams and son of Hank Williams Jr.) and Ashley Campbell (daughter of Glen Campbell). 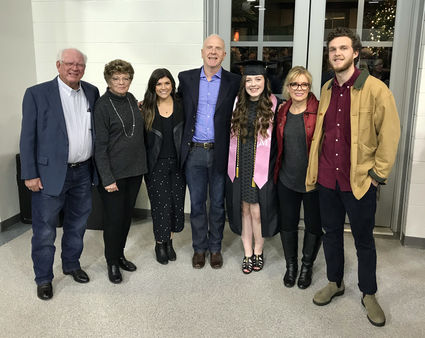 Phil Vassar’s Songs from the Cellar: Join country music hit-maker, Phil Vassar, as he welcomes artists, songwriters, entertainers, athletes, and wine enthusiasts into his favorite place to write songs – his wine cellar! Each episode will feature conversation and collaboration along with a shared drink. Simple in concept yet rich in content, Phil’s laid-back style and quick-witted personality brings out the best in his guests as they share entertaining stories about their interesting lives. Guests include Kelsea Ballerini, Charles Esten, Mike Tyson and Hunter Hayes.

To find out when Circle becomes available in Orange County go to www.CircleAllAccess.com and put in your zip code to be notified…or ask Ray Hearn.