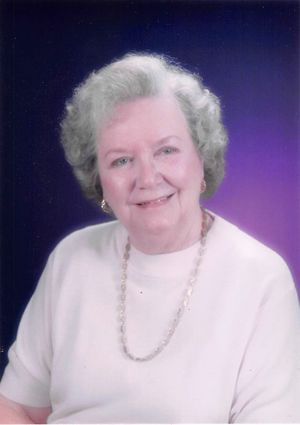 Born in Orange, Texas, on February 15, 1929, she was the daughter of Russell Daniel Coleman and Earlene (Nimitz) Coleman.

Betty was a devoted member of Wesley United Methodist Church in Orange.

She was involved in the United Methodist Women’s Group “Women of Wesley”, as well as being a member of the VFW Auxiliary and the Bengal Guards.

Betty was a wonderful seamstress, enjoyed collecting vintage handkerchiefs, loved jewelry, and was known to her family as the “QVC Queen”.

One of her many passions in life was cooking and baking and was known around town for her blonde brownies, also called “49ers”.

She was a strong and fiercely independent woman, a great friend to many, and truly cared about everyone she met.

She was very family oriented and always kept close to her extended family, making sure to be in the know and keep up with the joys in everyone’s lives.

Betty was a wonderful mother, grandmother, and friend who never had a bad word to say about anyone.

Her great sense of humor and warm smile will be missed dearly by all who knew and loved her.

In lieu of flowers, memorial contributions can be made to Wesley United Methodist Church at 401 N. 37th St., Orange, TX 77630.