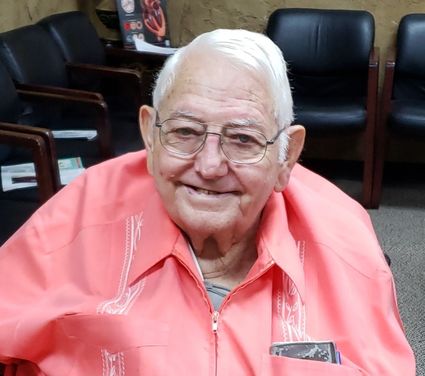 Funeral services will be 11:00 a.m., Wednesday, January 29, at Claybar Funeral Home in Orange. Officiating will be Reverend John Sims. Burial will follow at Harris Cemetery in West Orange.

Born in Orange, Texas, on May 14, 1939, he was the son of Jesse Wade Nation, Sr. and Virgetta (Delano) Nation. Roy proudly and honorably served in the United States Army and went on to be an insurance salesman. He retired as a construction worker for the Local 328 union. Roy was a member of the Oddfellows, Lions Club, The Eagles, and was a faithful member of the Bethel Baptist Church. He enjoyed working with his hands, especially woodworking. Roy was a loving father, grandfather, and friend who never met a stranger. His legacy will live on in the hearts of everyone who knew and loved him.

He was preceded in death by his parents, Jesse and Virgetta Nation; wife, Martha Jo Nation; and brothers, Jesse Nation, Jr., Lowell Nation, and Travis Nation.

The family would like to extend a special thank you to Beaumont Baptist ICU 3rd floor staff, his home health care nurse Crystal Pachuca, and his provider Belinda Scott.

In lieu of flowers, memorial contributions can be made to Texas Lions Camp at PO Box 290247 Kerrville, Tx 78029.