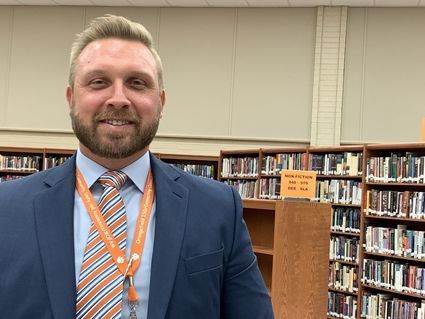 Photo: Orangefield’s school board named assistant superintendent Shaun McAlpin “lone finalist” to be promoted to the top job on Jan. 21. State law requires a 21-day waiting period before he can be hired as superintendent.

The Orangefield school board looked at 19 vetted applicants to be its new school superintendent, interviewed five of them and chose Shaun McAlpin.

McAlpin, 41, is a 1996 Orangefield High grad who has worked for Orangefield schools since earning a degree in sports medicine from Lamar University in 2000.

The school board named McAlpin “lone finalist” for the job a week ago, Jan. 21, and state law requires a 21-day wait to officially name him superintendent.

“We went in with an open mind. We wanted to choose the best candidate that would meet the needs of the Orangefield school district,” Dr. Ron Risinger, the school board president, said.

“After listening to two rounds of interviews, Shaun rose to the top. He met all the prerequisites we wanted for superintendent.”

Risinger said the board considered applicants from out of state and every region of Texas before deciding on a local hire.

After starting at Orangefield as a licensed athletic trainer and teacher of health and science classes, McAlpin was named assistant principal at Orangefield Elementary, then Orangefield High School. He was high school principal for five years before becoming assistant superintendent for finance eight years ago.

Along the way, he earned a master’s degree at Lamar and began working on a doctorate at Sam Houston State.

Co-workers at the district’s administration building asked trustees to promote McAlpin at a November board meeting.

“The district has been good to me,” he said. “They’ve given me lots of opportunities, trusted me with lots of responsibility.

“This seems a little surreal right now, but it definitely was on my list of dreams.”

Risinger said that once the seven-person board had narrowed the double-digit list of qualified applicants screened by its search firm, Walsh Gallegos, to five, it held two nights of interviews Jan. 17-18.

Kevin Weldon, who retired as Tarkington superintendent in 2018, has been Orangefield’s interim superintendent since Nov. 20. He will stay on through mid-February, when McAlpin is officially handed the leadership role.

“The school board would like to extend our appreciation to our interim superintendent, Mr. Weldon, during this process of choosing a new superintendent,” Risinger said.

“I care about kids; they’re my world,” he said. “I enjoy taking care of the community, taking care of children. And a lot of people helped me and guided me. I don’t want them to be left out.”

McAlpin said he considers the Orangefield school district his home and everyone in it his family.

“We are strong, dedicated and most importantly, want the best for our children,” he said. “We’re excited about the future and what it has in store for Orangefield ISD and our community.”

He has been assistant superintendent of the district for eight years …

How many candidates interviewed?

How much pay Gallegos Walsh?

So why was Shaun better?

We had 19 applications, all q1ualified, bec we asked our search firm to only bring to us those who met certain qualifications. They vetted a lot of them out, brought 19 qualified app to us, … they wer from all over, out of state, W Texas, N Texas, S Texas … only hade 2 f5rom OC …

Shaun why?? … we wnt in with an open mind, we wanted to choose the best chandidate that would meet the needs of OF ISD. After listening to second round interviews, Seah rose to the top. He met all the prerequisites we wanted for supt. It was a plus that’s he’s from here, but that didn’t make the biggest influence in our decision. The biggest influence in our decision was that he[‘s going to be the best leader for our school district that we could choose.

Search firm – comparable to other search firms. There’s like 3 or 4 private search firms in state, TASB search firm and also a Region 5 search firm, we looked at all of them and found our best fit was through our law firm, WalshGallegos. 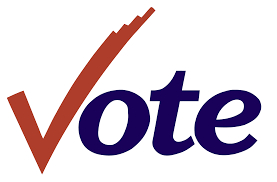