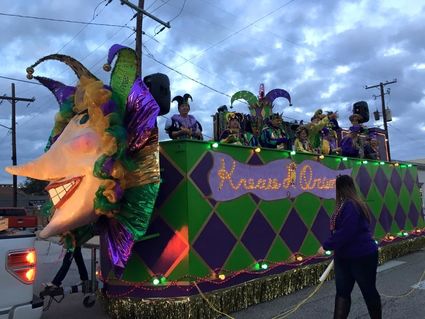 The City of Orange Convention and Visitors Bureau, in partnership with the Greater Orange Area Chamber of Commerce, is hosting the city’s 17th annual Mardi Gras celebration.

After Friday’s parade, live entertainment by LA Roxx, an 80s tribute band, will begin at the Riverfront Pavilion, so that parade goers are encouraged to dress in their best 80s attire.

The Munchkin Parade will be held at 2 p.m. Saturday, followed by the Krewe of Krewes Parade Grand Parade at 6 p.m. Saturday.

The parades will stage at the County Courthouse parking lots, and will start on Division Street, making a loop up 10th Street, Green Avenue, 1st Street and Front Street.